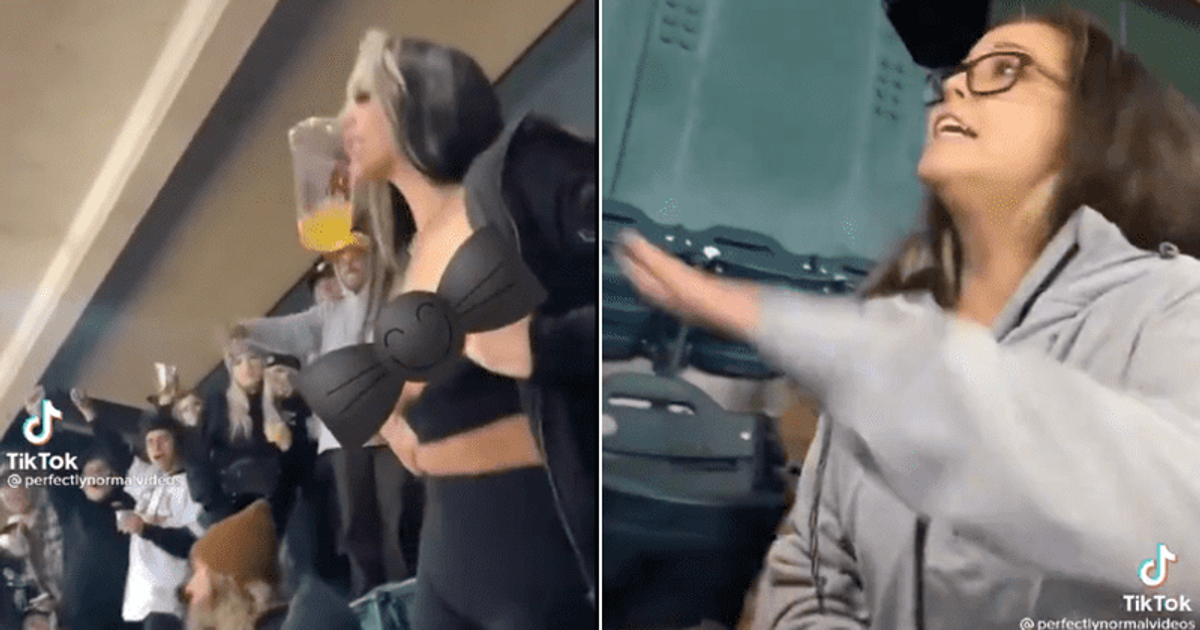 A brawl broke out after mum tried to hit Flasher but was pelted with beers at Angel Stadium, sharing the web over who was right

Public nudity, especially when children are involved, is usually a big no, but Twitter users seemed split over the idea after a video from the Anaheim 1 Supercross on Jan. 9 went viral. The video shows a woman showing her breasts before another woman tries to scold her, saying there are children nearby. The argument soon turned into a small fight, prompting the police to get involved.

Despite a resurgence of Covid-19 cases, stadiums have often been overcrowded in recent months, with several instances of elevated temperatures and participants crossing a line. On January 3, 2022, we reported on a brawl at Mercedes-Benz Stadium in Atlanta between Panthers and Spartans fans. In October 2021, Vikings and Panthers fans got into a brawl at Bank of America Stadium in North Carolina.

In lighter news, on October 11, 2021, two fans were arrested from a bathroom at Bank of America Stadium and escorted out of the stadium to be cheered on by onlookers. Similar cheers were heard from those at Angel Stadium, where the woman flashed. According to a Twitter user, the flasher is Danae Mari. Since her Instagram is set to private, we haven’t been able to confirm if Mari is actually the flasher, or learn anything else about her. However, judging by her Twitter account, she seems to be some kind of model or influencer.

The video shows Mari showing off her breasts as the crowd cheer her on before being spanked by another unidentified woman. The woman is soon surrounded by others yelling, “Go back to your seat.” It’s unclear exactly what she’s saying, but she reportedly slammed Mari for flashing in front of children. The video then cuts to a different angle where beer is thrown at the woman, causing her to run and confront someone else.

The video was clearly edited, so the exact sequence of events is unclear. It first appeared on TikTok via the @perfectlynormalvideos account before being shared on Twitter by a user who said, “In case anyone was wondering what the big commotion in the stands at A1 was.” It quickly spread from there like wildfire with another account that racked up over 5 million views.

It has also led to a massive debate over whether or not the mother should have intervened. Arguing that she should have, some users commented, “Can’t blame the mom, she’s a good mom,” and another said, “I’m actually on the side of ‘Karen’ this time a game, no concert. I mean, there’s also a whole debate about whether bogonggas are actually explicit… But yeah, I digress. One person commented, “I’m on the mother’s side, boobs don’t deserve to be shown in public, especially when there are young children.”

Others defended the flasher, with one person noting, “It’s 2022 and you’re really going to fight a girl over flashing? Seems kind of goofy but I suspect alcohol was involved on both sides of this situation.” Another commented, “It’s a cop. Everything in the clip indicates that this was an adult-themed event. ZERO other kids around. Literally zero.” One user tweeted, “You all realize that if a guy pulls out his ducky and shows it to the crowd that man gets arrested right? I’m not saying the women should have been arrested, I’m just saying it’s hypocritical.”

It’s unclear what happened after the fight broke out, but police told TMZ, “We responded to two viewplane combat calls that resulted in the ejection,” but no arrests or subpoenas were made.