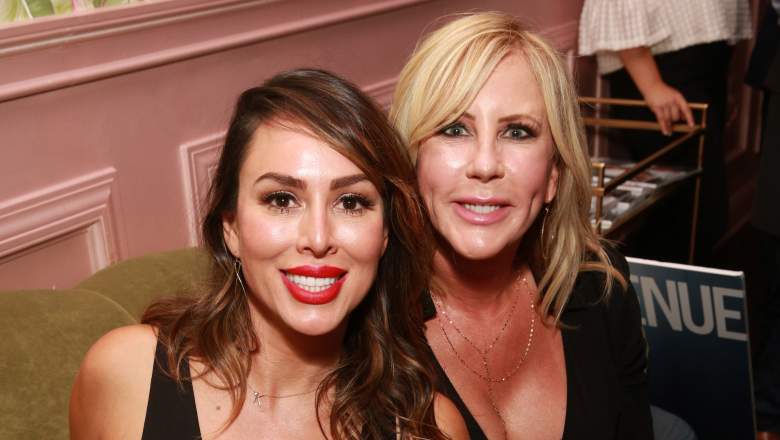 These two former Real Housewives of Orange County stars could be back together for fun. During a Jan. 13 appearance on Teddi Mellencamp and Tamra Judge’s podcast, Two T’s in a Pod, Vicki Gunvalson provided an update on her current relationship with Kelly Dodd.

While on The Real Housewives of Orange County, Gunvalson and Dodd went through many ups and downs in their friendship, but things went awry between them in season 13 after Gunvalson and then-fiancé Steve Lodge went on a couple of double dates with Dodd’s ex – Husband and a new wife. This sparked a major feud between them, but according to Gunvalson, the two are in a good place right now.

“I contacted Kelly two months ago and said, ‘Would you like to meet up?’ that’s what we did and it was nice,” Gunvalson said. “You know, when I left her at the reunion, we hugged and never spoke after that. It bugs me because I really liked Kelly and I was like what the hell happened? So I reached out to her and she said ‘It’s all good’ and I said I don’t really want to know what our friendship is but I don’t like animosity with anyone. I hate it. It bothers me.”

Gunvalson was a cast member of The Real Housewives of Orange County from seasons 1-14.

While Gunvalson has made amends with Dodd, she’s still at odds with current Real Housewives of Orange County star Shannon Beador. During a June 2021 appearance on Access Hollywood’s Housewives Nightcap, Gunvalson admitted Beador was difficult to work with at times. While the two were good friends while on the show together, they fell out after Gunvalson was fired prior to Season 15.

“How many people can say they’ve been on a TV reality show for 14 years?” Gunvalson said at the time. “I’ve got Shannon up my ass, I don’t know how she’s staying so long. It’s difficult to work with her. I think it’s her turn [her seventh season] so now she has a long way to go. I don’t think she’ll be 14.”

Gunvalson and fiancé Steve Lodge announced their split in September 2021 after a two-year engagement. It’s no secret that Gunvalson has had a tough time ever since, especially since her ex is already engaged to another woman.

“Vicki is adjusting,” Gunvalson’s best friend and former co-star Tamra Judge revealed on a Jan. 5 episode of her podcast, Two T’s In a Pod. “She’s trying to understand. She’s still hurt. She said, ‘Wait, we just danced at the ranch three months ago and now he’s engaged and already planning his wedding.'”