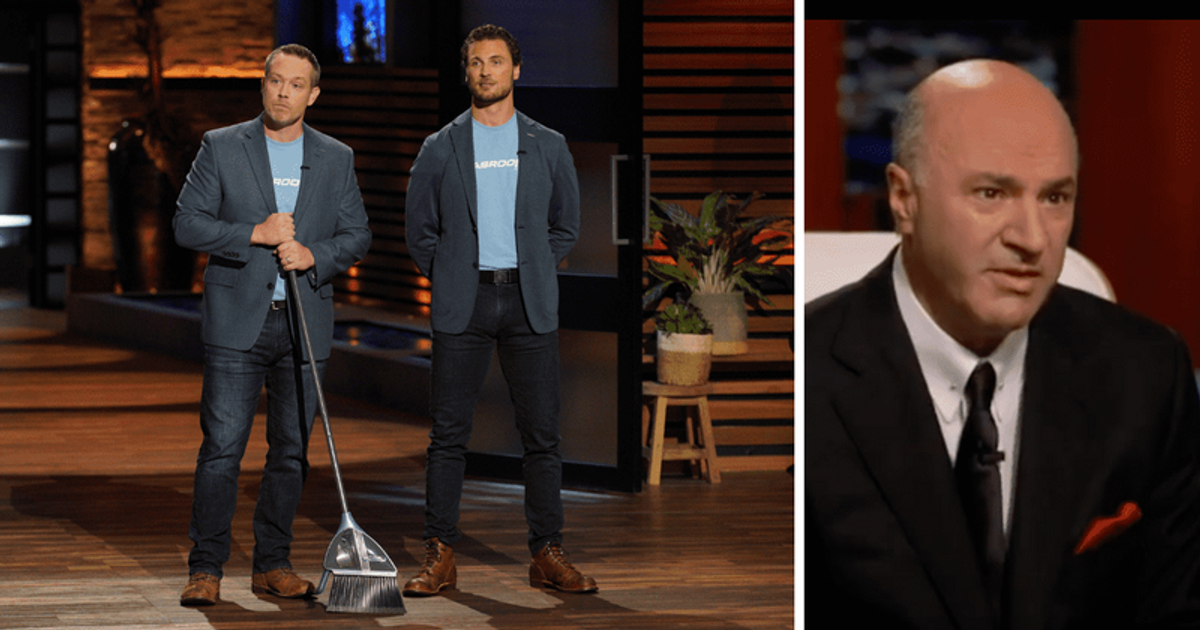 Although VaBroom managed to secure a deal for Shark Tank, fans were still unfazed by the expensive broom

Although the sharks on “Shark Tank” have a reputation for being extremely critical and picky about the pitches presented on the show, it turns out that the ABC show’s fans are even pickier than the sharks. The recently aired episode of the award-winning entrepreneurship show featured Trevor Lambert and John Vadnais, founders of VaBroom, promoting their one-of-a-kind broom with a built-in vacuum that promises to make cleaning around the home a breeze.

VaBroom’s founders wanted $350,000 in exchange for a 2.5 percent stake in VaBroom. Mark Cuban, Daymond John, Lori Greiner and even guest shark Peter Jones decided to sit on the deal as they felt a simple broom and dustpan could do the same job as VaBroom. Only Mr. Wonderful aka Kevin O’Leary perked up when he heard the VaBroom founders mention royalty, so he decided to make an offer. The Shark made an offer to invest the requested $350,000, but in exchange for a $3 per unit royalty until $700,000 is paid out, and a 2.5 percent stake in the brand’s design company.

Although Kevin’s offer was a bit sharky, the duo accepted Kevin’s offer, believing that the presence of a shark would do wonders not only for VaBroom but for their design company’s other products as well. Unfortunately, while Kevin and VaBroom’s founders seemed happy with the deal, the same cannot be said of fans. Several fans agreed with the other Sharks’ views that VaBroom was an unnecessary product.

Many fans took to Twitter to slam the hefty $60 price tag on VaBroom. One fan tweeted: “I’m not sure but I hope no one got the frigging broomstick. $60 for a broom? No.” Another fan wrote, “I think it’s too much money, I can get a broom and dustpan for $2 at the dollar store.” “Are Americans the dumbest nation in the world? You should pay for climate change! Are you some idiot who really needs a fucking battery powered broom?

Another fan pointed out: “It’s fun to say the #VaBroom but is it necessary?! #ImOut #SharkTank.” “Well I was very interested until I read the reviews on Amazon which suggest the product is HORRIBLE!!! The average rating was 3.3 so I’ll pass… #SharkTank,” shared one fan. “You’ll keep unblocking that thing, no thanks,” shared one fan.