Star Trek: Prodigy and The Secret Tribute to Homer Simpson. 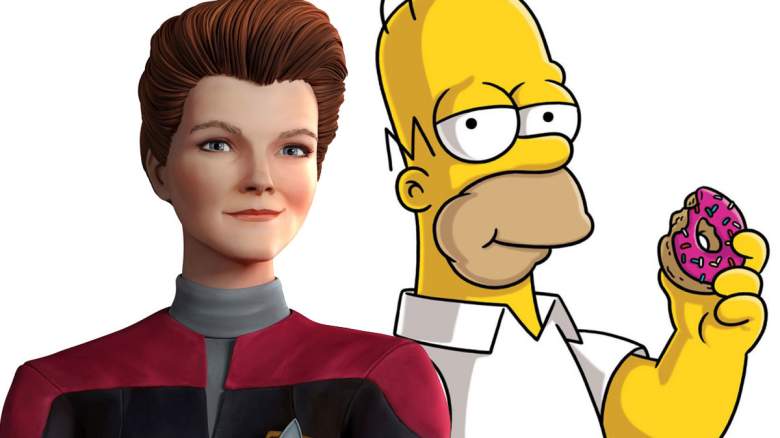 The team behind Star Trek: Prodigy has added a new chapter to the Protostar’s mission. The latest episode, released on January 13, 2022, is titled First Contact and was meaningful and funny.

As Prodigy writer-producer Aaron Waltke explained, part of the show’s mission is to educate and entertain audiences, which may consist of youngsters who have never seen Star Trek before. In an interview with Heavy, Waltke described how “Prodigy” will introduce a new audience to some of the basics of “Star Trek” like the Federation, the phaser and the warp drive. Sometimes they add iconic characters to the stories, such as Spock or Uhura.

Episode writers throughout the story Diandra Pendleton Thompson made sure to move things forward while making sure this episode conveyed two concepts: the Transporter and the Prime Directive. Pendleton-Thompson provided viewers with an intelligent and unpredictable story that entertained on multiple levels, like this one Trek fan explained on Twitter:

The show is also attracting interest from new Trek fans who want to understand the background of this new Holo Janeway character. This fan shared his thoughts and the thoughts of his son:

We’re going to reveal a few interesting facts from First Contact that go beyond what’s written above. If you haven’t seen the episode yet, please understand this warning:

Early in the story, the crew of the Protostar is playing around with the transporter, which is an integral part of Trek storytelling. Ever since 1966, fans have come to expect a few sparkly characters to pop up a few times per episode. Apparently, this motley crew of explorers had never seen what a transporter can do.

To test the machine, Gwyn (Ella Purnell), Jankom Pog (Jason Mantzouka), Rok-Tahk (Rylee Alazraqui) and Zero (Angus Imrie) transported a piece of cake around the ship. Yes, a piece of cake. Once, when they were catching up the cake on the bottom of the deck, someone (maybe Jankom Pog) said, “Mmmmm. Floor Pie!” Homer Simpson said this in Season 5 Episode 8 of The Simpsons. A nice gesture.

Author Pendleton-Thompson may be as big a fan of The Simpsons as she is of Star Trek. It could also be her clever way of welcoming new voice actor Gray DeLisle to the show. DeLisle voiced the new Ferengi character Nandi and is a regular on The Simpsons..”

Or it could be Star Trek acknowledging The Simpsons after years of comedy spoofing the franchise.

Thanks to Quark, Ferengi women now wear clothes. This is good for everyone because now spectators can see the better half of the race in action. As previously mentioned, Gray DeLisle is the voice behind Nandi, and this character is not to be trusted.

Fans of Deep Space Nine and even Lower Decks are used to a more likable portrayal of the Ferengi, especially after Nog joined Starfleet. But Nandi is a lot more like what Gene Roddenberry did when she first appeared in TNG’s “The last outpost.” As explained by writer Robert Vaux, the Ferengi were supposed to be the enemies for The Next Generation, replacing the Klingons.

That didn’t work and the Ferengi were molded into something else. But Nandi is a villain who only cares about herself and her profit. She also cites a mean “professional order”.

The crystal known as “chimerium‘ plays an integral part in First Con-Tact, as Nandi stole some of it from the Protostar to power the cloaking device aboard her ship. As a writer and author Ryan Britt so beautifully laid out, this substance was first introduced in Trek novels. It was chosen by “Prodigy” showrunners Dan and Kevin Hageman to hide the protostar from the fortune teller on the mining planet.

Britt believes viewers will likely learn more about Chimerium as the series progresses.

This line is from the Trek mantra recited by William Shatner for The Original Series and Patrick Stewart for The Next Generation episodes. That is undoubtedly the case in this episode, as Dal (Brett Gray) and the others encounter a new breed of life that communicates in ways unknown to the crew. The Cymari are almost crystalline in form and use harmonies to move and create objects.

Right at the beginning and end of the episode, Holo-Janeway (Kate Mulgrew) seems troubled that she can’t solve what happened to Chakotay (Robert Beltran), who appears to have been the Protostar’s first captain.

There is a lot of discussion about what Chakotay’s destiny is. Nonetheless, Janeway eventually watched the security tape to see the robot Drednok (Jimmi Simpson) appear. This brings the story full circle, as the Protostar must have been acquired by Drednok for The Diviner (John Noble).

READ MORE: Why William Shatner objected to the ‘Wrath of Khan’ script