SENATE MIDTERMS 2022: Is Marco Rubio’s net worth a problem? Senator asks for help 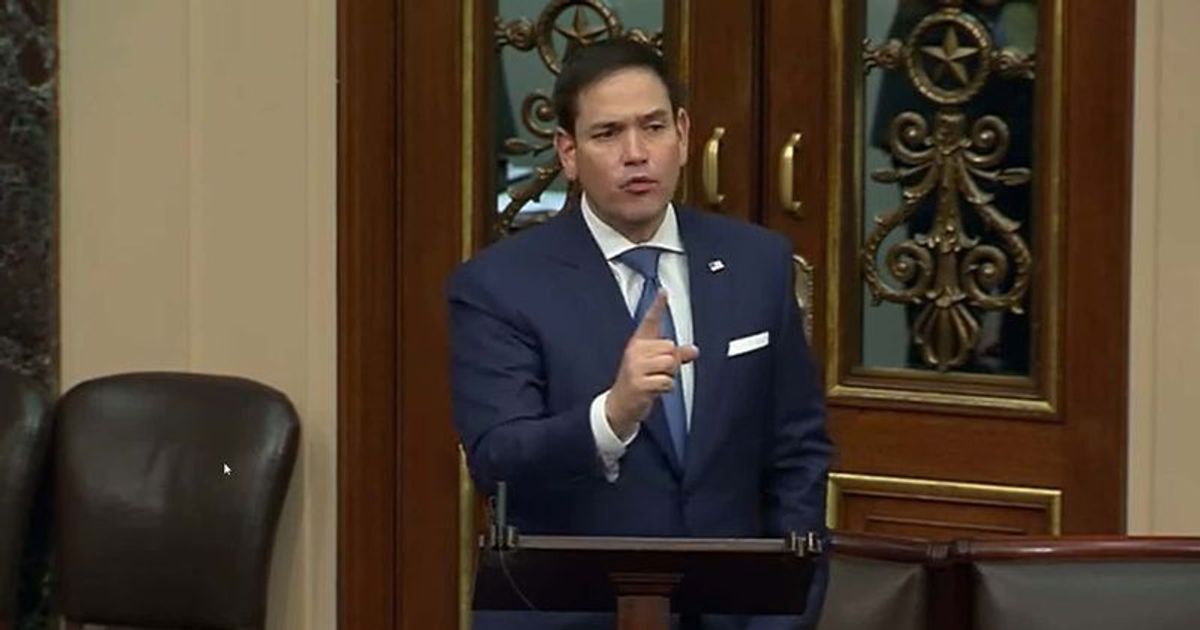 Florida Senator Marco Rubio is up for re-election in 2022 and, we reported, faces a minor challenge. Though the state is relatively safe for Republicans, Rubio’s lack of respect for Trump could put him at odds with the grassroots and create an opening for Democrats. Still, Rubio seems like a favorite if he can raise enough campaign money to outperform his Democratic challengers. Unlike others, Rubio will not be able to fund his own campaign.

That’s because the senator has a rather modest net worth, highly unusual at a time when most elected officials are at least multi-millionaires. Take Arizona Democrat Mark Kelly, for example. The former astronaut is reportedly worth $20 million and is far from the wealthiest member of the Senate. GOP leader Mitch McConnell is worth at least $35 million, but even he’s nowhere near Mitt Romney, the wealthiest US senator with a net worth of around $250 million.

What is Marco Rubio Net Worth?

In many cases, politicians often donate to their own campaigns to boost things or draw attention to their progress. Unfortunately, Rubio cannot do that. Not only is his net worth well below that of his peers in the millions, he also has a debt to pay off — a mortgage on his home.

In 2020, Celebrity Net Worth valued Rubio at around $400,000, with a large portion of that income coming solely from his salaries. He earns $174,000 as a US Senator and an additional $23,000 from Florida International University Miami, where Rubio is a visiting professor at the Metropolitan Center. The role has come under scrutiny before, but Rubio continues to receive a salary from the university, according to his annual disclosure in 2020. The only other source of income Rubio listed that year was a $1,500 payment from Penguin Random House for a book he forwards wrote.

Like his peers, Rubio invests heavily in mutual funds and stocks. Most of these investments are worth between $1,000 and $15,000, with some as high as $50,000. However, he received no income from them that year. He only earned interest from his three bank accounts and dividends from corporate securities stock. Rubio has also entered into agreements with Penguin Random House for profits from his three published books.

Unlike many of his peers, Rubio also has a mortgage that he still has to pay off. Its disclosure notes that the mortgage is valued at between $500,000 and $1 million and has had over 30 years to pay since its inception in 2015. Overall, the document indicates that Rubio isn’t exactly a multi-millionaire like other senators, but seems to have had enough living comfortably.

With this small net worth, Rubio will no doubt be looking for donors to fund his 2022 run. As of October 2021, he managed to raise over $12 million, just short of the $14 million raised by his top Democratic challenger Val Demmings. However, Rubio also spent more than Demmings, suggesting the senator will have to fight hard for his seat. A large amount of money he has raised comes from PACs such as Fund For America’s Future PAC.

However, not everything went smoothly for Rubio. In June 2021, he took to Fox Radio to solicit donations, telling listeners, “Every Republican was outperformed in the last cycle. So she (Demmings) will be impressive. She’s going to raise a lot of money online.” But it seems there’s little grassroots appetite for Rubio as Florida Gov. Ron DeSantis has dominated the headlines for his handling of the pandemic and is also up for re-election this year .

In contrast, Demmings has been able to garner more from small donors as Democrats sense an opportunity to gain more control of the Senate by voting Rubio out. In the end, it will not matter who raises more money, but who managed to spend it. Given the strong support for Trump and DeSantis in Florida, Republicans should have little trouble keeping Rubio’s seat if he plays ball. However, if he decides to water down his message on the 2020 election or refuse to support Trump, he could be in trouble. This is where Demmings needs to find an opportunity and convince the Floridians that she’s the better option.