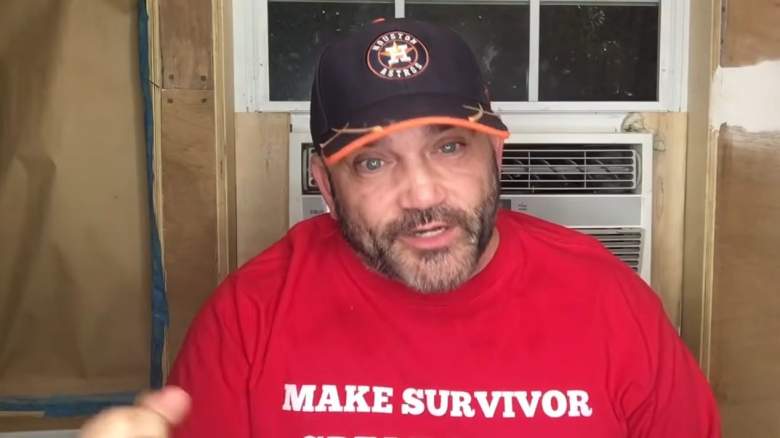 Former castaway Russell Hantz recently revealed his plan to fix “Survivor” in a video posted to his YouTube channel. The 49-year-old was vocal about his disdain for the new changes to the game. He even went so far as to call Season 41 “terrible” in a December 2021 YouTube video. The Survivor graduate is now sharing his ideas on how to improve the game.

The former TV villain told fans that the first thing he would do to “make Survivor great again” would be more food rewards. Hantz explained that viewers want to see players being rewarded for winning challenges. He even said he would help cover the cost of the meal rewards, explaining, “I have no idea why they stopped doing this. Some of the rewards were like a picnic. I mean, that’s $75? I’ll pay for it.”

Hantz also proposed a plan to bring back the grocery auctions of previous seasons. In the video, he suggested that each player should receive $2500 for wagering in the auction.

“Just give them $2,500. It’s easy. You can afford it,” Hantz says in the video, addressing the Survivor producers directly. “You give them $2500 and I guarantee they will start betting accordingly.” Hantz told viewers that when they give players a larger amount of money, they place their bets more strategically.

Hantz has been open about his disapproval of the new perks being added to the game. In a January 5, 2022 YouTube video, the Texas native suggested that the game had become too luck-based and needed to “go back to basics.”

“The game becomes a game of luck and chance. Not a skill game,” Hantz said in the video. “I think that’s the problem… us [the viewers] Enjoy a game of skill. Not pure luck and pure coincidence, and that is all that becomes of it.”

Hantz is not alone in his criticism of the new season. Many longtime fans have criticized the game for becoming overly complicated. They also had trouble with some of the new twists, most notably the “hourglass twist”. This twist allowed castaway Erika Casupanan to reverse the results of the final challenge, guaranteeing safety for herself and the losing team, and forcing the winning team to participate in an individual immunity challenge. Many fans thought this twist would punish castaways for winning and reward castaways for losing.

In the January 5 YouTube video, Hantz also said that there were too many idols in season 41. He suggested that they reduce the number of idols so that there are only two on the island.

Survivor fans commented on Russell’s video to share their thoughts on the former castaway’s ideas. One fan wrote, “Totally agree, there are too many benefits.” Another user commented, “Totally agree! These benefits are so confusing now. You need a notebook to write them all down!”