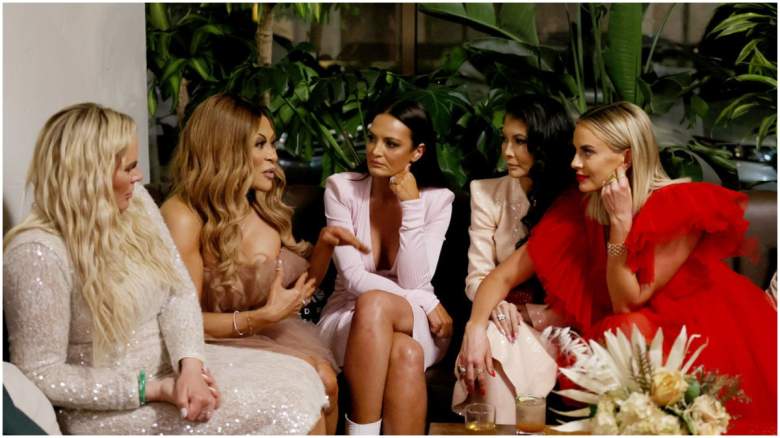 Andy Cohen may have spoken too soon.

The Bravo host recently told Vanity Fair that in the early days of the Real Housewives franchise, ladies didn’t know how to dress.

Nearly 15 years and 11 cities later, Cohen said the Real Housewives’ fashion game has really “gepped up” and fans are loving “to see what they’re wearing now.” “They should be ambitious, and they are,” he said of the Housewives stars.

But fans are begging to differentiate based on the latest looks from the ladies of the newbie franchise Salt Lake City. After stars Meredith Marks, Jen Shah, Heather Gay, Lisa Barlow, Whitney Rose, and Jennie Nguyen showed off their looks for the recently recorded “Real Housewives of Salt Lake City” reunion, fans had a lot to say — and not in a good way.

As photos of the RHOSLC reunion looks surfaced on social media, fans reacted to the cast’s “terrible” jewel-toned outfits, some of which featured feather-like embellishments.

“Was the topic ‘dressing you the worst’?” asked one Instagram commenter.

“I think the theme was ‘dress like an exotic bird’ and they nailed it,” said another.

“What a great szn they had. Why are you ruining it with those reunion looks?” chimed in another. “I’m shocked. I was almost in tears.”

“I know they’re ice queens but please burn all those looks,” wrote another fan.

Heather Gay, Meredith Marks and Jen Shah received some of the most brutal comments. According to The Sun, a viewer described Gay as “the mother of the bride” in her dress. Another fan found Heather Gay’s off-the-shoulder blue number on David’s Bridal’s website, priced at $150.

Others focused on Marks’ feather-trimmed light blue pantsuit. One commenter noted that her pants were ill-fitting and wrinkled, while others accused her of looking like a Muppet because of her feathery sleeves

“The tailoring of Meredith’s outfit is shocking. Someone doesn’t love her,” wrote one commenter. Another viewer asked Marks to “please stop the feathers.”

Jen Shah’s feather-embellished purple dress also caught the attention of fans. After a social media user accused Shah’s outfit of being inspired by the villainous Yzma from Disney’s The Emperor’s New Groove, the RHOSLC star clapped back to set the record straight.

In a screenshot shared on the Comments By Bravo Instagram account, Shah replied: “Indeed it was [Cardi B] but I wouldn’t expect you to know that.”

Shah doesn’t just get scrutinized for her dress when the reunion episodes air on Bravo. Shah’s arrest by federal agents amid fraud allegations and her ensuing legal drama was a big part of the Bravo reality show’s second season, so Cohen likely grilled her extensively on the RHOSLC reunion taping.