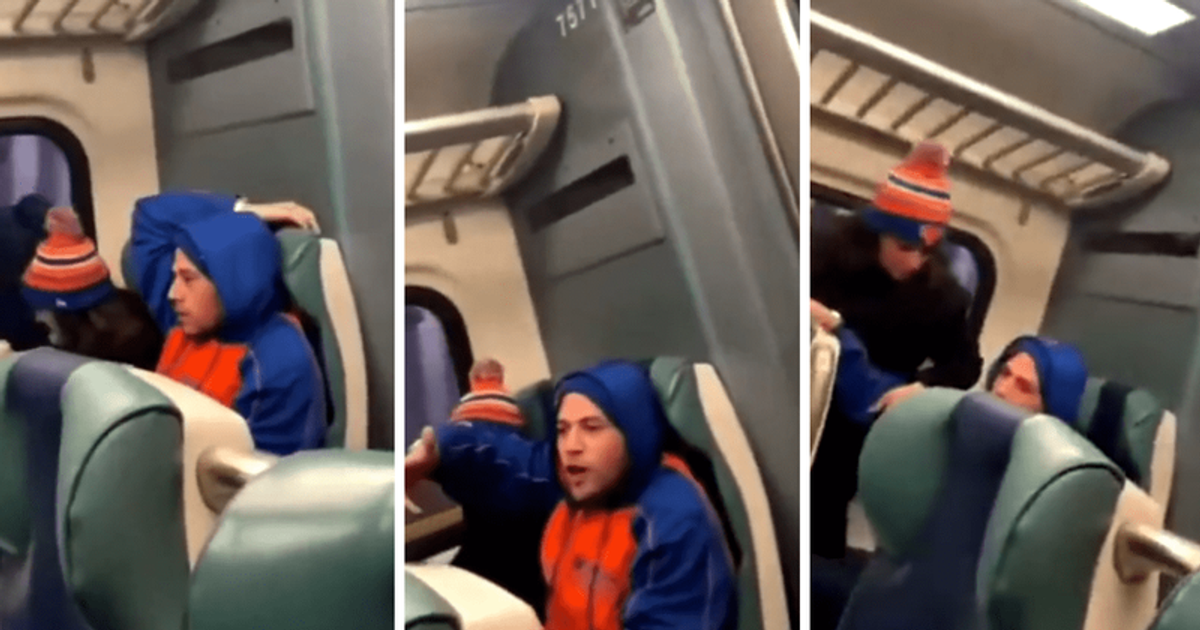 The incident happened while an immigrant family, including a ten-year-old, was returning home from a New York Knicks game

A viral video showing a racist attack on a Long Island train has led to the firing of two employees – Kristen Digesaro and Justin Likerman – by a Toyota dealership. The incident happened on Monday night, January 10, when an immigrant family, including a 10-year-old, was returning home from a New York Knicks game.

The video shows beers being thrown at the immigrant family and a man yells at them, “Look straight ahead! Don’t fucking look at me! I’m going to be arrested tonight!” After another passenger tells the man the argument isn’t worth arresting, the yelling man replies, “I know it’s not worth it, but those damn foreigners aren’t taking over mine damn country!”

The video was posted to Facebook by Osman Canales, founder of Long Island Immigrant Student Advocates. Canales wrote: “The family are filing charges and have asked us to share this to expose these people. I am in contact with the family and they really need our support.” He added, “They are very concerned and traumatized by this aggression. They confirmed what happened to them.”

According to Canales, the victim said: “Please help me catch this couple who has been harassing me because I am an immigrant. They also threw beers at us (my friend has an accent too). My 10 year old witnessed this. You ruined my son’s first basketball game experience. Someone else recorded this, but when officers showed up, they exited the station. I’m too nervous to speak right now and the footage is poor. If you hear anything please let me know so I can add it to the police report.”

Canales identified the attackers as Kristen Digesaro and Justin Likerman, a couple who worked as clerks at a car dealership in Huntington, New York, and he further encouraged people to contact Toyota.

On January 14, Toyota of Huntington announced that the two employees involved in the incident had been fired. The dealership wrote on Facebook, “Owners and management of Empire Toyota were outraged by the incident involving two of their employees on the Long Island Railroad last Monday night.”

“The two employees were suspended when we first heard of this incident and just as our investigation was being completed, they were terminated. The heart and soul of our workforce is extremely diverse and we value our employees beyond words. Also, our company’s deep support – financial and in kind – to the various communities of Long Island is a matter of public record. We have no hesitation in saying that everything that happened on that LIRR train is in no way our company, reflects its ownership, management team or employees.”