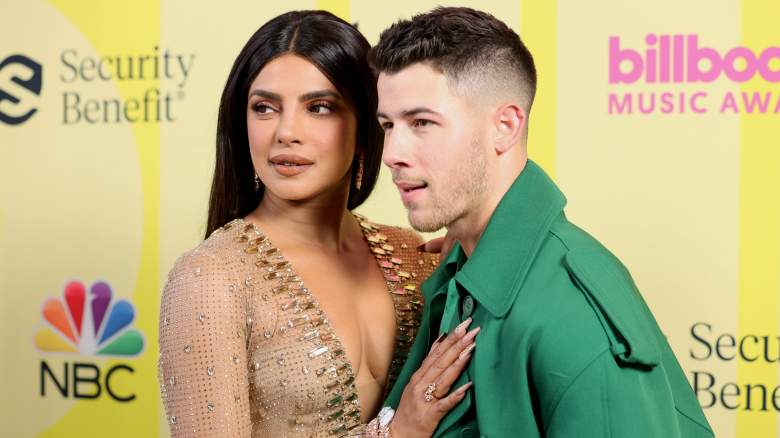 Priyanka Chopra Jonas and former The Voice coach Nick Jonas have been married since December 2018, but lately there have been rumors and speculation that the couple is splitting up.

Now, Priyanka is hitting back at the rumors of their breakup, which stems from the fact that she changed her name from Priyanka Chopra-Jonas to “Priyanka” on Instagram, effectively removing “Jonas” from the profile altogether.

Later that day, Priyanka commented on a video of her husband, saying, “Damn! I just died in your arms…” which led fans to believe the couple was actually fine.

In an interview with Vanity Fair, Chopra addressed the split rumors, which the outlet said would appear and disappear within 12 hours.

“It’s actually a very vulnerable feeling that if I post a picture, whatever is behind me in that picture will be magnified and people will speculate,” Priyanka said. “It’s just an occupational risk… Because of the social media noise, because of the prevalence it has in our lives, I think it seems a lot bigger than it is. I think we believe him a lot more in real life and I don’t think it needs to.”

She also said she’s been working to protect herself from negativity on social media.

“I’m starting to protect myself a lot more because I realize how much [the entertainment business] takes from you,” Priyanka explained. “It takes a part of your soul to constantly try to make sure you say the right thing, do the right thing, dress right, don’t make a mistake, don’t stumble because the whole world will be watching.”

She added, “Or not falling down when you’re walking on a red carpet or saying something wrong or having a freaking bad day.”

Both Priyanka and Nick have previously said they want children in the future, and Priyanka doubled that during the interview with Vanity Fair.

For her, having children is a “large part” of her future plans, and she implied that she and Nick are actively trying to have children and “by God’s grace, if it happens it does.”

Priyanka said she plans to spend much of 2022 reconnecting and focusing on their relationship.

“My priority was always the next job,” she said. “I’m a very, very ambitious person. But I think the woman in me longs for balance. I long for my family life. I long to be able to do things for the soul that I haven’t done because I was just ‘blinkers on’ and working.”

When it came to slowing down her acting and music careers when a kid came along, Priyanka said, “I’m fine with that. We both agree with that.”

The Voice has not yet been renewed for season 22. If the show is extended, it will return in the 2022 fall cycle, likely in mid-September.

CONTINUE READING: Will Ariana Grande return for season 22 of “The Voice”? Fans weigh in

Netflix’s The Woman in the House: 5 things you didn’t know about Kristen Bell

Netflix’s The Woman in the House: 5 things you didn’t know about Kristen Bell