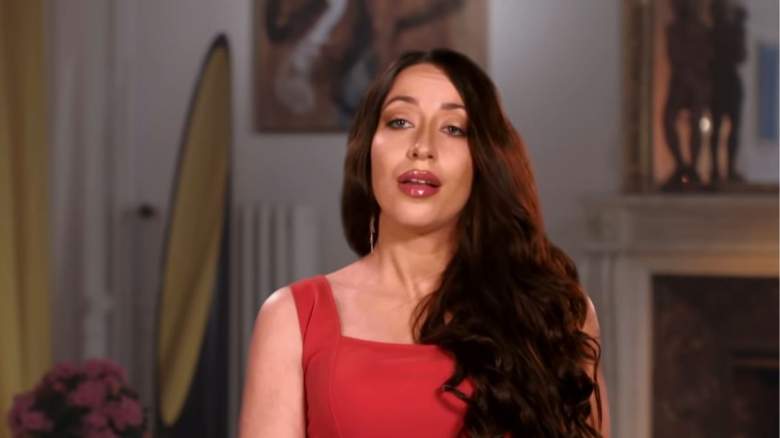 Two 90 Day Fiance stars could be dating, and now one of them has unveiled a brand new makeover.

Amira Lollysa revealed a new look on Instagram on December 28, 2021, and fans weren’t thrilled. The makeover was shared around the same time fans noticed she’d been posting photos and making plans with another 90 Day Fiance star, David Murphey.

Here’s everything we know about Amira and David:

“I don’t need a man,” Amira wrote on Instagram in late December, just weeks before posting a photo with a new man. “I don’t need anyone but myself. I’m not BY myself. I’m WITH me! women are so strong Believe in yourself and you will get your luck. I believe in each and every one of you.”

“I thought this was a drag show flyer until I realized which site it was from,” one commented.

“The start of another Darcy!” wrote one fan, referring to another 90DF star who has undergone plastic surgery. “What happened to her face?” asked another fan.

“I thought she was a drag queen. What happened to her? She was beautiful,” wrote one fan.

“I thought that was a man,” wrote one fan with a shocked facial emoji. “Yikes! what happened to her face???? She WAS so pretty now,” another person wrote.

“Girl, you don’t need lip filler or anything else. Don’t fall for this Hollywood idea of ​​beauty. Natural is best,” one wrote. “Oh my god what’s next? If you believe in yourself so much, why would you change who you are so drastically?” wrote another fan.

The photo, coupled with multiple Instagram Stories posted by both David and Amira, has left fans wondering if the two are dating now that their two show romances have ended.

Fans have had mixed reviews about their potential relationship. Some fans loved the couple together.

“I wish you all the best. Age is only a number. Do what makes you happy, others will get used to it,” wrote another fan.

“At least David is a good man! I’m happy for you,” commented one fan.

“OMG. You can do so much better Amira! He’s just awful! Couldn’t stand him on the show,” wrote one fan with the vomit emoji.

“Hope is just a friendship! You can have a better and richer sugar daddy!” wrote another fan.

“What in the 90 Day camouflage is this about?” someone else said.

He also shared a video on December 9, 2021, the same day Amira posted her makeover. In this video, he dances in a casino with fellow 90 Day Fiance stars Tom Brooks and Larissa Dos Santos Lima.

There is no official word on whether the couple is dating.