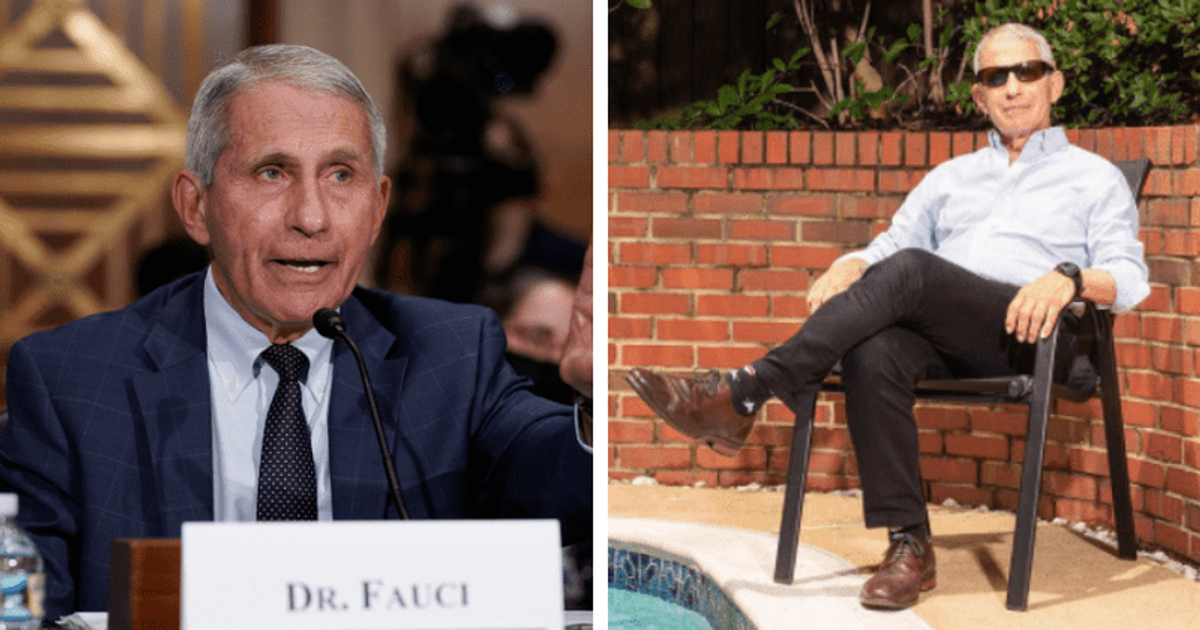 Fauci will be paid $434,312 as head of the National Institute of Allergy and Infectious Diseases. The president’s salary has been $400,000 annually since 2001

The unedited financial disclosures of Dr. Anthony Fauci were released by a Republican senator on Friday, Jan. 14, days after the leading infectious disease expert called lawmakers an “idiot” at the hot mic for asking about his financial records, which he claimed were publicly available was.

Roger Marshall, the Kansas senator, clashed with the 80-year-old doctor on Tuesday when the former demanded to see Fauci’s financial information. Fauci told him the documents were public. “Yes or no, would you be willing to provide Congress and the public with a financial disclosure that includes your past and current investments?” asked Marshal. “Our office can’t find them.” Fauci replied, “I don’t understand why you’re asking me that question. My financial disclosure is public knowledge and has been for about 37 years.” Then came the moment that quickly went viral on social media — Fauci said quietly, “What an idiot. Jesus Christ”.

What do the records show?

According to records released by Marshall, Fauci is the highest-paid federal employee in the country, earning more than President Joe Biden. Fauci, 80, is paid $434,312 as director of the National Institute of Allergy and Infectious Diseases. For comparison, the president’s salary has been $400,000 annually since 2001. He’s also eligible for Social Security and a full federal pension, which will be the highest in US history at over $350,000 a year. He and his wife Christine Grady, 69, who is a senior bioethicist at the National Institutes of Health, earn an annual salary of $176,000. They have a combined net worth of $10.4 million.

Fauci has led NIAID since 1984, and if he continues through the end of Biden’s term in 2024, he will receive $2.5 million as the president’s senior medical adviser. According to the records, the doctor and his wife were paid $13,298 for attending four galas and ceremonies — three of which were virtual. They also have an interest in an Italian restaurant in San Francisco, the Jackson Fillmore Trattoria, which did not bring them any money themselves.

After the details of his financial disclosures went viral on social media, his critics began blasting Fauci. “When will Fauci have his day of reckoning? It’s long overdue,” one of them said, while another remarked, “Bring Fauci to justice. Firing him is not enough. Let him spend the rest of his miserable life in a jail cell.” A third explained, “Fauci may be a bigger trader than Nancy.” The next remarked, “Follow the money. It always explains so much.” Another quipped: “Meet the #PandemicProfiteer. The Bernie Madoff of biomedical martial law and tyranny. How dare he!” #IamScience.”