Netflix ‘The House’ Review: A Bizarre But Brilliant Stop-Motion Anthology 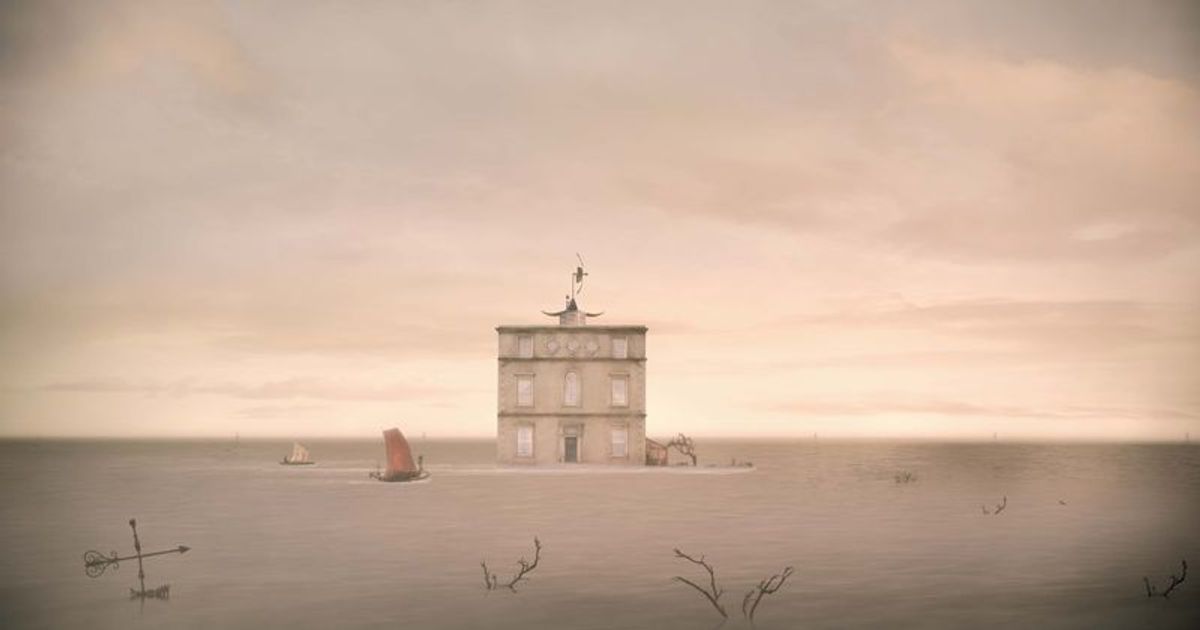 Set in three acts, The House tells three different stories from different eras, all linked by a common factor

The House might fall into the dark comedy category, but one thing’s for sure, it’s unsettling. The anthology’s logline states, “Across distinct eras, a poor family, a troubled developer, and a well-fed landlady are tied to the same mysterious house in this dark animated comedy.”

“The House” is divided into three acts – “I: And belongs inside. A lie is spun”, “II: Then the truth is lost that cannot be won” and finally “III: Listen again and seek the sun”. Although the stories are distinct and can be viewed as standalone stories, the factor that ties them all together is The House itself.

Act One “And heard inwardly. A lie is spun” tells the story of the house’s origins, with an underlining theme of greed. When a seemingly poor family is berated by their relatives, patriarch Raymond makes a shady deal with a certain Mr. Van Schoonbeck, who offers to build his family an entirely new home. However, the conditions stipulate that they have to give up their old house and all their belongings. The story unveils something far more gruesome as Raymond’s daughter, nine-year-old Mabel and nine-month-old Isobel stumble across zombie-like construction workers, endless mazes and their dying parents. The story is almost reminiscent of Spirited Away, given that Raymond and his wife, Penny, are so consumed with the home that they end up morphing into the furniture. Mabel, the only one happy with her old home, escapes with her sister when the house catches fire. An interesting parallel drawn here is the similarities between Mabel’s dollhouse and the actual home. They both seem startlingly alike, and even towards the end of Act I, when Mabel’s dollhouse is on fire in the fireplace, her real home is on fire too.

Act II, entitled “Then the truth is lost that cannot be won” certainly captures the sinister feeling created by Act I. In another timeline featuring anthropomorphic characters, a contractor desperately tries to remodel “The House.” . There’s even a callback to Mabel’s family, as the opening shot is of an old, discarded sewing machine that Penny, Mabel’s mother, used. While the contractor is desperately trying to fix the house, he notices a fur bug infestation. The contractor ignores the actual problems with superficial repairs to the house. To add to the growing pressure from his loans, he seems to be in touch with his partner, who doesn’t really care. After what appears to be a disastrous house tour, an elderly couple insist they are interested in the house and will be moving in soon without buying it. The contractor tries to call the police, but the police instead issue him a warning as he is bothering his dentist by mistaking their relationship as personal. The contractor suffers a head injury and soon falls into a zombie-like trance, taking the elderly couple and their entire family into the house. Only later does it become known that the family themselves are fur bugs that completely destroy the house. While the contractor reverts to his original state – that of a rat.

Act III continues the anthropomorphic theme of Act II, in which a disgruntled landlady desperately tries to get her only two tenants to pay rent to repair The House, which she now owns. Unfortunately, an apocalyptic tide seems to have drowned the entire city, with only “The House” towering over the last remaining piece of architecture. As each of her tenants lets go, Rosa, the landlady, seems attached to the house itself. While she can go with her tenants, she only makes that important decision if the house itself is turned into a boat so she can take it with her.

Enda Walsh does an impressive job with each of these stories, combining a sense of bizarreness and sinister darkness. The animation is also particularly impressive, with each era being given its own unique look while the only constant remains the house itself.