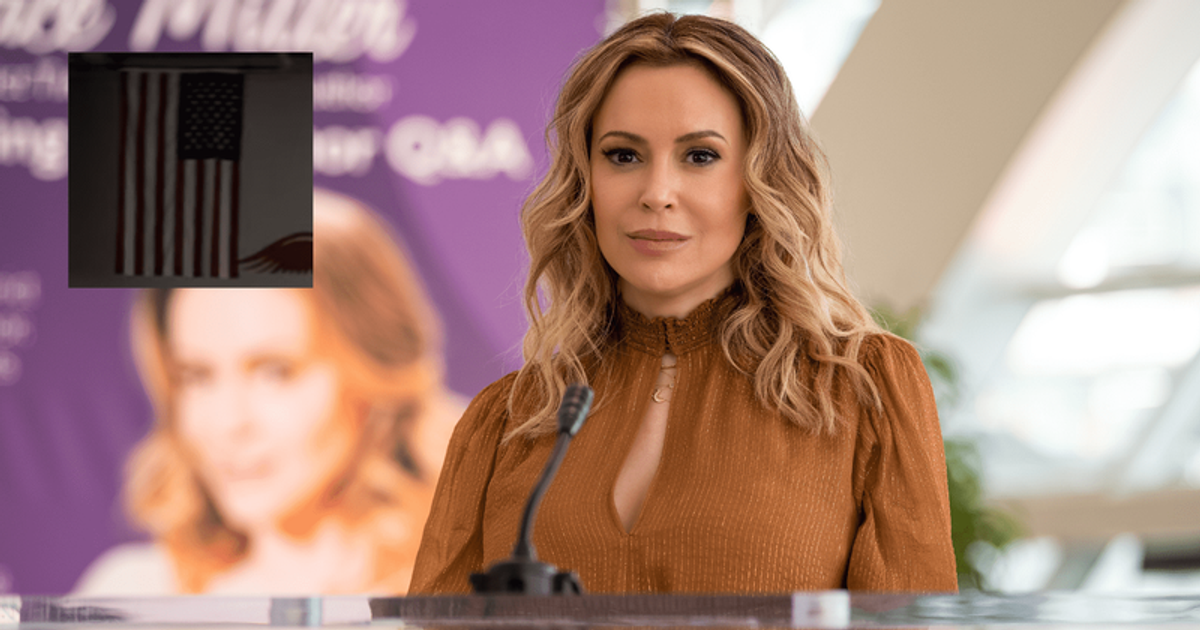 Alyssa Milano’s latest movie, Brazen, has hit Netflix to mixed reactions. The fans praise the actors for their gripping performances and Monika Mitchell for the good direction. However, the film’s plot has been criticized for being too predictable. Despite this, there is a lot of talk about it on social media and seems to be working to the film’s benefit.

However, there is one scene that could cause some problems for Milano and the creators. Viewers always watch the film closely and find some really fascinating facts about the film that others may know. So one of the viewers found something problematic with the movie “Brazen” and shared it on social media. In one of the scenes, we see two prominent characters, Rand (Daniel Diemer) and Jerald (Matthew Finlan), wrestling with each other. They were part of the school’s wrestling team and competed against each other on the wrestling mat. While everything was smooth when the camera just zoomed in on the actors, everything crumbled once the director decided on the long shot.

Upon review, we found that the American flag was inappropriately hung.

Some people noticed it and took it to social media to slam the creators, especially Milano. Twitter users slammed the actress for making such a big mistake and expressed their disappointment by saying they won’t see the movie if Alyssa is in it.
One of the users said: “No thanks. Just say no to anything with Alyssa in it.” Another user wrote, “Anything that has Alyssa Milano in it is a no to me.” Meanwhile, one of the users shared, “Not interested in seeing anything she does.”

“Alyssa is past her prime. Time to give it up,” said another. “I’d rather sit in a quiet room than see ANYTHING she’s in,” said another user.

It seems that the whole “Flag” fiasco is hurting both the film and Milano’s reputation. As far as the film is concerned, the film garnered mixed reactions from both critics and audiences. Although Milano is being praised for her role in the film, this topic is slowly gaining momentum and could compel people not to watch.

Brazen is currently streaming on Netflix.

Baerbock on the Ukraine crisis "Unfortunately,...

Baerbock on the Ukraine crisis "Unfortunately,...