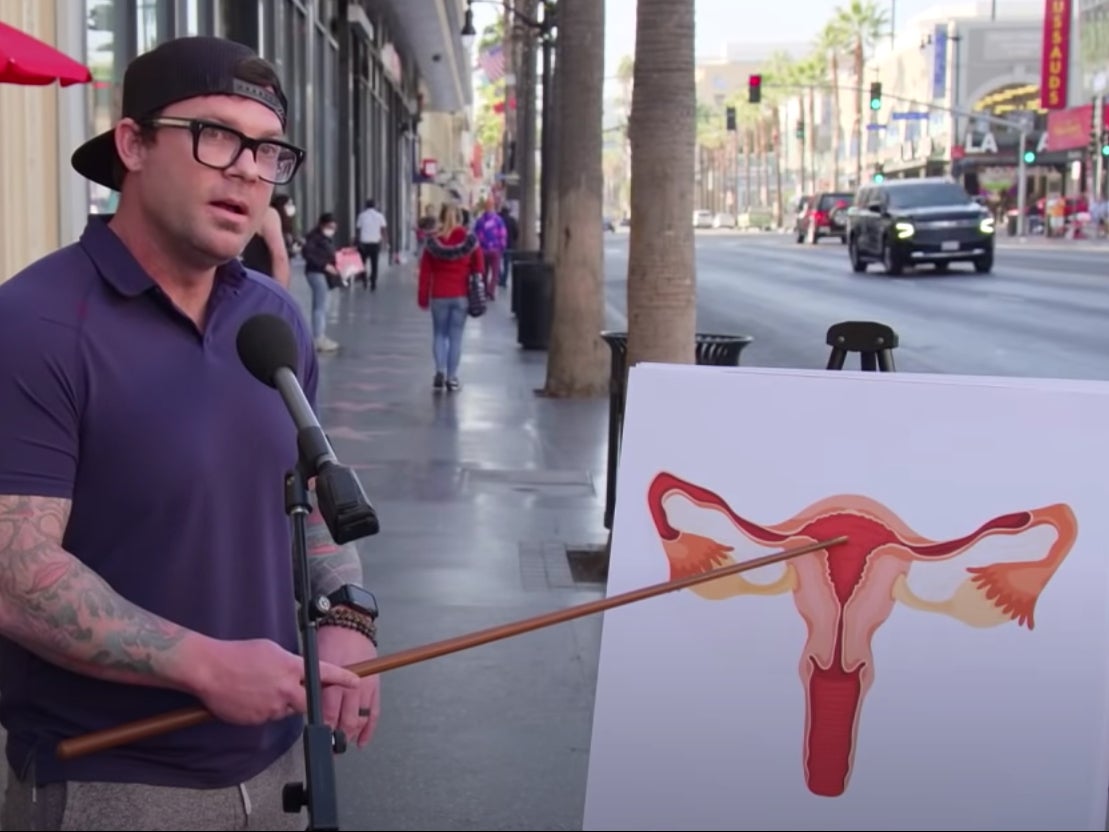 In a section titled “What Do You Know About the Female Body?” The show asked a number of men various questions ranging from the number of a woman’s uterus to which part of the body would be examined with a mammogram.

Jimmy Kimmel Live took to the streets to see exactly what men know about the female anatomy – and the answer is … not much.

“How many fallopian tubes does the average lady have?” The interviewer asked.

“Four,” replied a man, admitting that he would be far away.

“Which part of the body is examined in a mammography?”

“Oh, the bottom half,” replied another guy.

The interviewer asked him to point and then began gesturing with his hands from the top of the abdomen to over the pubic area.

Next question: “What does PMS stand for?”

“Post-Mental Syndrome,” replied someone who got the syndrome just a little right.

“How often does that happen?” the interviewer asked the same guy.

“Ah, like at least once a year,” he replied.

Then it got more interesting when the interviewer asked other men to show where the cervix is ​​on the diagram.

“There,” replied a man, pointing to the uterus.

The interviewer then asked a man to point out areas he was familiar with.

Elsewhere in the video, a man who was with his wife was asked where the cervix was, which he also pointed to the uterus.

“I’m so humiliated,” his wife replied with a giggle.

When the same man was asked where the baby was going, he pointed to the ovaries.

“Ma’am, what do you do for a living?” The interviewer asked the woman.

“I am a gynecologist. I don’t seem to be a very good educator for my husband at home, ”she replied.

Check out the full segment below.