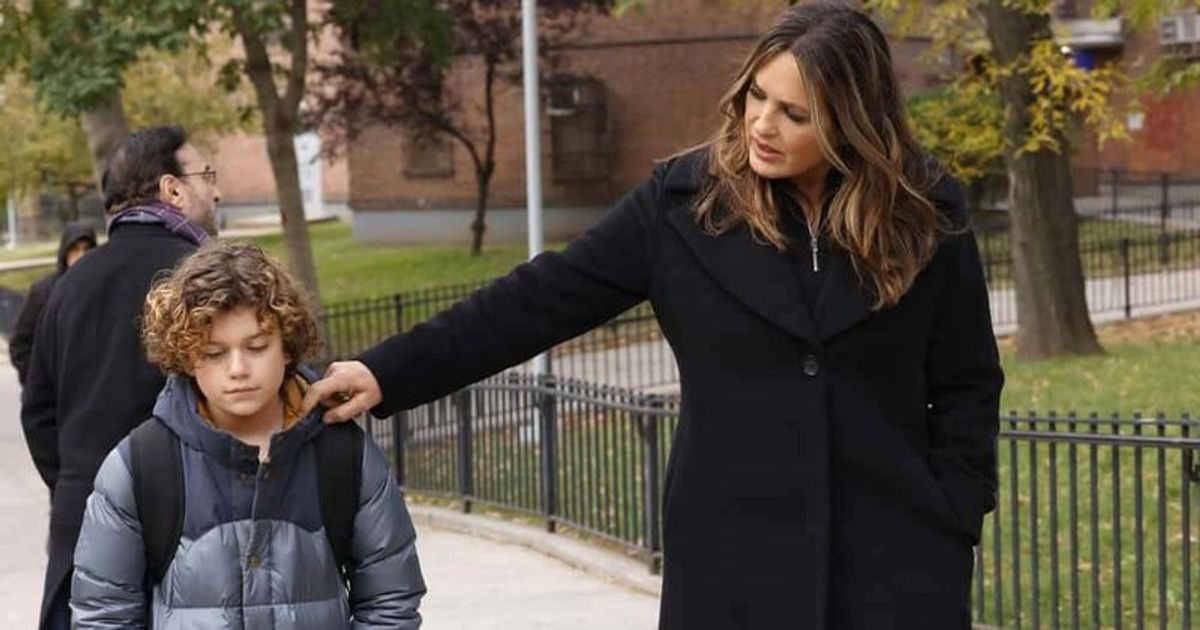 The winter premiere of Season 23 of Law & Order: Special Victims Unit was exciting and had fans excited to see what will happen in the next episode. During the premiere episode, we saw a group trying to rock the city with multiple hate crimes against minorities and making the NYPD’s Christmas miserable.

Benson (Mariska Hargitay) and the entire team did everything they could to catch the culprits. In the end, they managed to catch them, but as soon as they told one of the men to surrender, he tried to pull out a gun. Before he can hurt anyone, Benson shoots and kills them. Meanwhile, things get a little more personal for Benson in the latest episode.

During the episode we see Benson pick up her son Noah from school. Noah and other kids from school were about to play a game. However, it was unusual for children to play this game, as one of the older children told Noah to go into a cage, wear a dog collar, and force him to eat dog food. Noah was asked to do this and the older boy wanted to film him. Noah said no and walked away.

Elsewhere we see a boy named Tino playing video games and his uncle Carlos is watching him. However, Carlos is stepping out for some time to do some work. As soon as he leaves, Tino leaves the house to meet the person he met online. A man picked him up, claiming he was there on his son’s behalf. They reached the location and the man snapped a selfie with him before becoming uncomfortable with all the lies.

Tino wanted to leave, but the man stopped him. At Tino’s house, we see SVU arriving as Tino’s father and uncle reported Tino’s disappearance to the police. They find out Tino’s laptop is missing and track him down. A few moments later, the police entered the apartment and found Tino gagged and tied to a radiator. The man was nowhere to be seen.

Upon examination of the boy at the hospital, it is discovered that he was drugged and raped. The apartment was rented out to anyone who wanted it. The police were able to track the man and visit his home. But as soon as they entered the house, they saw a lot of blood and the man was tied to a radiator. The man has been identified as Teddy. Tino identified that Teddy drugged and raped him.

However, things got intense when they saw the doorbell camera footage and saw Carlos visiting Teddy’s house. The police caught him and asked what he did to Teddy? He told them all about how he had snatched and stabbed him multiple times. Carlos pleaded not guilty and even Teddy pleaded not guilty as well.

But everything changed when Carlos’ girlfriend took her son to the police station and revealed that Carlos had inappropriately touched her son. At the end we see Carlos standing on the roof of a skyscraper and confessing that he inappropriately touched her friend’s son. He knew that the boy will not come out of the trauma because Carlos himself was unable to come out of the trauma when he was being molested by his school teacher. Finally he surrendered.

But the special moment came at the very end when Benson found out his son Noah is BI-SEXUAL. She was proud to know that he stood up for himself and didn’t let anyone bully him. Benson also took pride in knowing her son’s truth.