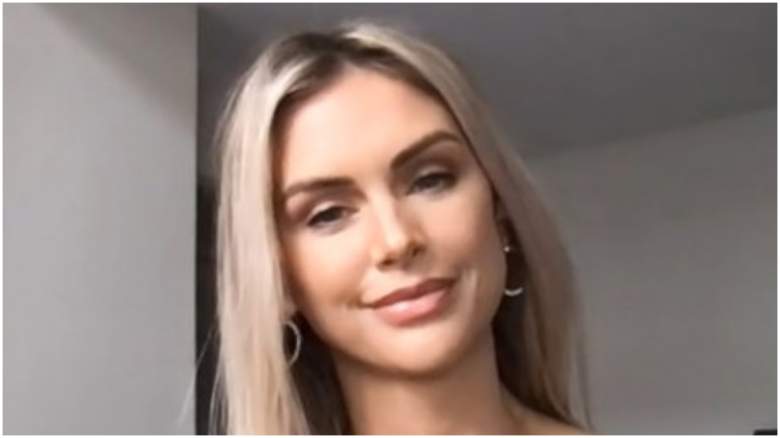 Lala Kent clapped back at another Bravo star.

During a virtual appearance on the Jan. 11 episode of Watch What Happens Live, the Vanderpump Rules star opened up about her split from Randall Emmett and the lack of support she received from a former girlfriend.

Kent has revealed in several interviews that she was caught off guard by her ex-fiancé’s actions. Emmett has been accused of cheating on Kent, possibly even while she was pregnant with their now 9-month-old daughter Ocean. On WWHL, Kent said she doesn’t know why she “didn’t see” what was going on with her ex, but she also admitted she ignored certain behaviors, like Emmett’s constant phone calls and long absences from home.

In early January, “Shahs of Sunset” star Golnesa “GG” Gharachedaghi responded to a video interview with Page Six in which Kent opened up about the “red flags” she ignored during her five-year relationship with Emmett.

“If someone (Randall) is their authentic self and everything is labeled ‘red flags,’ why does the person (Lala) wait until they’ve experienced many of those ‘red flags’ before walking away?” Gharachedaghi wrote on Instagram. “I’m just saying… Go away and stop complaining unless you’re willing to take responsibility for choosing to stay past the first ‘red flag’ because of all this press/ Media shit ain’t cute when it comes to your dad kid.”

After Watch What Happens Live host Andy Cohen asked Kent about the Shahs of Sunset star’s comments on her split from Emmett, the Give Them Lala Beauty founder didn’t hold back.

“I felt that was inappropriate,” Kent said. “She doesn’t know anything about what’s going on and how deep and dark and disgusting it all is. As someone who is a single mom I would think you would take one [second to] Stop and have compassion. I just thought about it [the split] I don’t need the negativity.”

In April 2020, Gharachedaghi welcomed her first child, son Elijah Javad Gharachedaghi, after undergoing IVF treatments and using a sperm donor, according to the Daily Dish.

Gharachedaghi’s commentary on Kent was released the same night she made a cameo on Vanderpump Rules. The occasion was a launch party for Kent’s Give Them Lala cosmetics brand, which included celebrity guests including Gharachedaghi’s Shahs co-star Reza Farahan.

“When the Shahs come out to play with the pumps,” Gharachedaghi captioned a photo she posed with Kent and other Vanderpump Rules stars at the launch event. “Congratulations @lalakent, you’re doing a great job! But why did you unfollow me?”

Several fans complained about the situation.

“Because accountability isn’t her thing,” one commenter wrote in reference to Kent.

But others called on Gharachedaghi not to support Kent or their difficult situation.

“Girl, your comment obvious. It wasn’t supportive,” one follower wrote to GG.

“Why don’t you shut up about what she’s going through personally?” suggested another commenter.

CONTINUE READING: Lala Kent opens up about plans to have more children

Are YG idols at risk? iKON’s Junhoe and Treasure’s Yoshi infected with Covid-19 too

Are YG idols at risk? iKON’s Junhoe and Treasure’s Yoshi infected with Covid-19 too