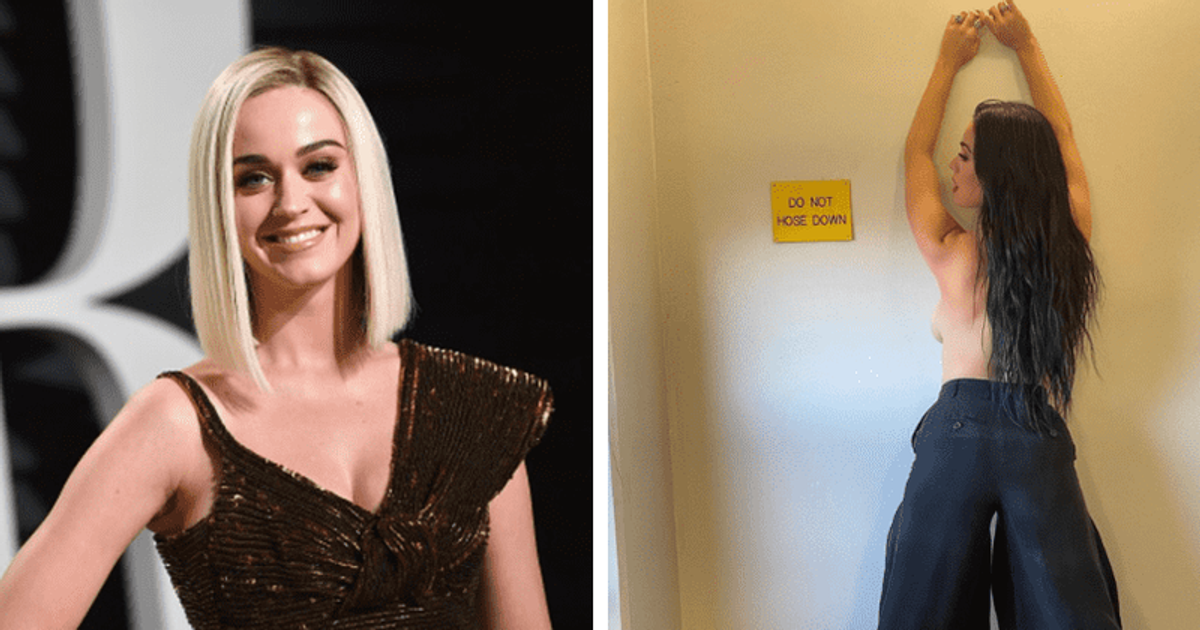 Katy Perry drove Instagram crazy when she shared a stunning pic of her sideboob. The ‘Dark Horse’ singer posed topless and showed off her hot assets. The photos are part of behind-the-scenes moments from her show in Las Vegas.

A sign reading “DO NOT PRINT” can be seen against what appears to be a fairly plain background. Katy Perry captioned the post, “Let it burn babe 🧨 #WIG.” ‘WIG’ is an acronym the artist seems to drop everywhere and is being used to discreetly promote her new single ‘When I’m Gone’ in collaboration with Swedish DJ Alesso.

In additional pictures shared in this post, the ‘American Idol’ judge can be seen rocking a salmon pink corset and showing off her cleavage. To increase the effect, she leans forward into the camera. She rocked a chunky silver neckpiece that held a gold cube-shaped locket. Perry sported some wild deep red nails. Apparently, she tried on a few different outfits and settled on one that felt best. In another slide, Perry can be seen slapping down chain mail with a quick peek at her waist.

Perry previously celebrated her fiancé Orlando Bloom’s 45th birthday in style. Tons of praise was added in the caption for Bloom: “Happiest 45th to the kindest, deepest, most soulful, sexy and strongest man I know. Thank you for being a constant compass, an unshakable anchor and bringing joie de vivre into every room, go in. You are the love and the light of my life. I thank my lucky stars for you and our darling dd ♥️♠️”

The duo has now been together for almost three years. On Valentine’s Day 2019, Bloom proposed to her a ring that appeared to have cost $5 million. Perry has a daughter Daisy with Orlando Bloom, who they welcomed in August 2020. However, Bloom shares a son Flynn, 11, with his ex-wife Miranda Kerr. Kerr is now married to Snap Inc co-founder and CEO Evan Spiegel.

Perry was married to Russell Brand and the couple had a Hindu wedding in 2010 in Rajasthan, India. They were married just 14 months before describing their relationship as a “tornado.”