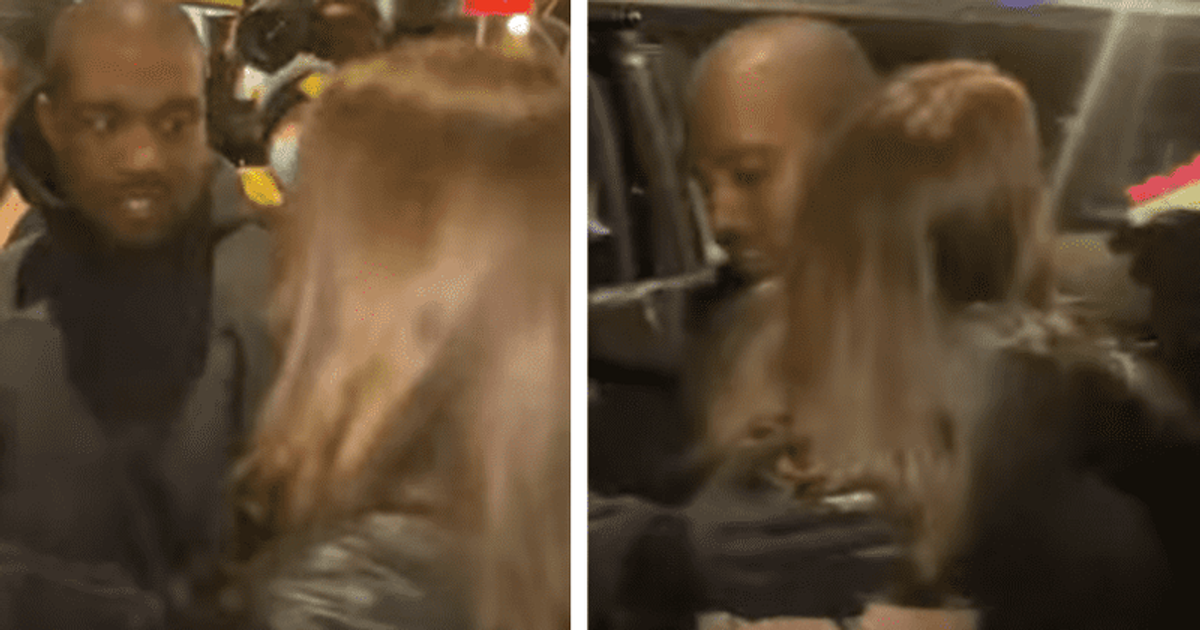 Kanye West was keen to show off his new romance with Julia Fox as the couple pulled out of a shockingly star-studded dinner at Delilah in Los Angeles after a night out with Madonna and Floyd Mayweather. The 44-year-old rapper was spotted kissing and hugging the 31-year-old actress while hosting a show for waiting admirers, and it’s no wonder she caught his eye as she dressed in impossibly low-rise leather pants and a matching gravity-defying crop top.

Kanye, 44, and Julia, 31, demonstrated that they’re not afraid of the spotlight as they paused in the middle of the large crowd for a quick kiss before stepping inside. The rapper was spotted holding hands with the actress as they entered the posh venue. Julia, who has made no secret of her developing passion for Kanye, also shared a glimpse of her cello tattoo that spans her lower back after showering kisses on her boyfriend outside the restaurant.

Julia Fox has a strange connection to Pete Davidson, and it conjures up Barbie!

Kanye and Julia recently started dating and the actress has given a full account of how their relationship has progressed since then. In an essay, she explained, “I met Ye on New Year’s Eve in Miami and it was an instant connection. It’s so much fun to be with his energy. He made me and my friends laugh, dance and smile all night long. To keep the energy going, we decided to fly back to New York City to see Slave Play. Ye’s flight landed at six and the play was at seven and he was there ON TIME. I was impressed. After the play we decided to have dinner at Carbone which is one of my favorite restaurants. Obviously. At the restaurant, Ye directed a whole photo shoot for me while people ate! The whole restaurant loved it and cheered us on while it was happening.”