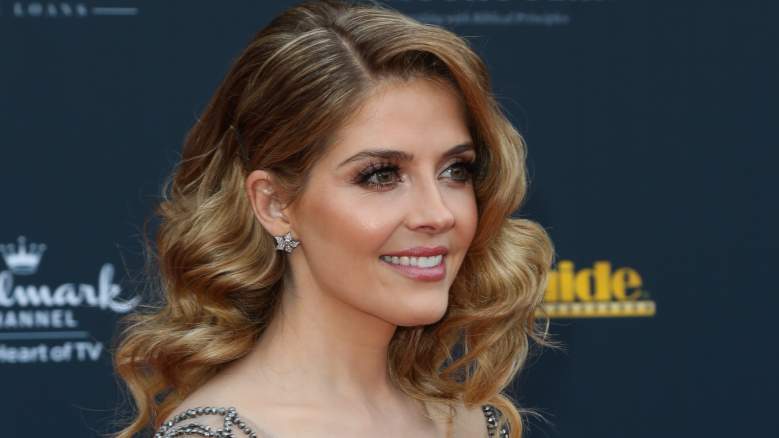 Jen Lilley recently signed a two-year deal with GAC Family. Though it’s not an exclusive deal, she stated on Instagram that she probably won’t be doing any Hallmark films during this time. She also answered questions from fans on social media about why she joined the GAC Family and addressed diversity concerns on the new channel.

Jen Lilley announced on Instagram that she is “grateful for every opportunity I’ve had as an actress.” She shared that she thinks she has the nicest fans and is looking forward to joining the GAC family.

She hinted to a follower that she likes GAC Family because they work behind the scenes.

When Justjenb wrote that they had to look up GAC Family because they’d never heard of the network, Lilley replied, “It’s new ❤️❤️❤️ and it’s that good already!!! And they do so much to give back behind the scenes. I love her.”

She also answered a similar question from another viewer who wanted to know what GAC is.

However, one viewer said he was not interested in watching GAC Family. Lilley replied, “On what premise? Familyfriendly? diverse? Loving?”

Another person responded on Instagram that they were unhappy with GAC Family because they believed the channel was “hateful, judgmental, and bigoted.”

Lilley disagreed, writing that she appreciates what GAC Family is doing behind the scenes and “feels compelled to support them” because they are “rooted in the truth.”

She wrote in full: “This comment couldn’t be further from the truth. The GAC family is absolutely loving, diverse and doing so much behind the scenes for the kingdom of God that as a Christian I am compelled to support them with all my heart. I hope you don’t believe the rumors you hear that have agendas but I can tell you personally that I know this channel is full of genuine love, is rooted in truth and will do so much for so many .”

In another comment, she told another person: “It’s new and already so good! And they do SO much to give back behind the scenes. I love her! The GAC family is on so many platforms and most cables too. I use @frndlytv because I don’t have cable and I like to save money.”

Quite a few Hallmark stars have directed films for both GAC and Hallmark since the new network launched. However, Hallmark star Paul Campbell said he would wait and see when deciding on the GAC family.

When the Hallmark Heartbeats podcast asked Campbell if he would pledge not to work for GAC, Campbell replied on Twitter: “I, like everyone else, will be keeping a close eye on the launch of GAC content. If there is a noticeable lack of meaningful inclusion, no, I will not work for this company.”

He clarified that he gives the network a chance first before making his decision. One person wrote to him: “In other words, you will not work for GAC. They will have neither LGBT representatives nor significant POC.”

answered Campbell, “I’m a firm believer in the benefit of the doubt, so we’ll see.”

Quite a few Hallmark stars are now working with GAC Family, although only McKellar has stated she has an exclusive deal. Some of the other stars are Trevor Donovan, Merritt Patterson, Susie Abromeit, Cameron Mathison, Debbie Matenopolous, Daniel Lissing, Lori Loughlin, most (but not all) of the cast of When Hope Calls, Sarah Lind, Rukiya Bernard, Dewshane Williams , Chad Michael Murray, Jessica Lowndes, Jill Wagner, Cindy Busby and more.

GAC Family is an evolution of the channel previously known as the Great American Country. Bill Abbott, former CEO of Hallmark Channel, launched GAC Family and GAC Living last fall. Abbott left The Hallmark Channel in January 2020 after 11 years, The Hollywood Reporter reported. He left following controversy over same-sex commercials being removed from the channel over the Christmas period and later reinstated. In July 2020, Hallmark hired Wonya Lucas as the new CEO and President of the Hallmark Channel.