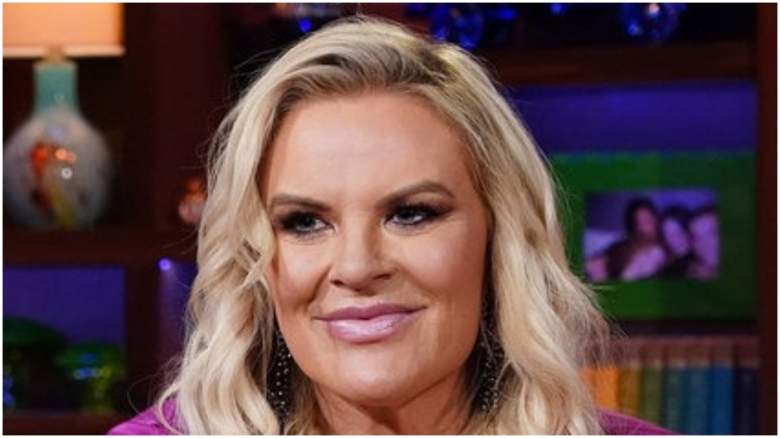 Heather Gay opened up about the reunion in Season 2 of The Real Housewives of Salt Lake City, seemingly addressing her co-star Mary Cosby’s last-minute decision to skip taping.

After a controversial second season of the Bravo reality show from Salt Lake City, Cosby avoided getting in the hot seat at the reunion, where host Andy Cohen likely would have grilled her over allegations that the Faith Temple Pentecostal was the Pentecostal Church, which she directs, is a “cult,” as well as racist comments she made about her co-stars Jen Shah and Jennie Nguyen this season. An insider told Page Six Cosby was “terrified” of facing Cohen’s questions at the reunion.

But Gay revealed that she is actually “scared” of Cosby.

During an appearance on The Kelly Clarkson Show, Gay hinted to guest host Michael Rappaport that Cosby should have approached music the way Jen Shah did. Shah, who was arrested by federal agents last March for her alleged involvement in a telemarketing scam, was the focus of the RHOSLC update show.

“I think the best way to hold people accountable is to put them on TV,” Gay said. “If you run a cult or have affairs or do all those things and you’re on TV, that’s the best way to root it out because the audience isn’t stupid and there’s nowhere to hide.”

Gay also said Cosby was terrifying both in front of and behind the camera.

“Mary in real life is exactly what you see on the show, if not just more brutally honest and even more ‘tell it like it is,'” added the Beauty Lab + Laser owner. “The show might even soften them up because they can’t show everything. Mary scares me in a way that’s good for housewives… She reads us all like a Bible, whether it’s cruel or horrific.”

Gay clarified that she would “never” call Cosby’s church a “cult” and had no firsthand knowledge of it. She said she had recently heard “terrible things” about Cosby’s organization.

Andy Cohen also broke his silence on Mary Cosby’s status in a segment about his “Radio Andy” broadcast.. On Jan. 11, the Bravo host admitted he felt Cosby would skip the reunion, but made it clear he wasn’t happy with her decision.

“As you have heard, Mary M. Cosby did not come [to the reunion], which was very disappointing to me,” Cohen said on Radio Andy, adding, “That’s what I don’t like about people who don’t show up for the reunion — you allow the others to have your narration as your final gesture check. I’d much rather hear from her, and the truth is, she’s had a huge part in the success of this show.”

Cohen, who made headlines for his wild New Year’s Eve hosting gig on CNN, revealed that he last spoke to Cosby just before he went live with co-host Anderson Cooper that night.

“I spoke to her on New Year’s Eve, a few hours before I went on the air [for my CNN special],” he said. “We had a long talk and it’s her story to tell, but I got a feeling she didn’t find any more gratitude in being on the show.”

Cosby seems to be forging a bridge with Bravo and The Real Housewives franchise. In a now-deleted Instagram post, she threw shade on the “toxic” reality TV environment and how “TV lowers IQ” and “increases rudeness.”

On “Radio Andy,” Cohen strongly implied that Cosby would not be back on television for the next season.

“If she doesn’t want to come back to the show, that’s one thing,” he said, per the cheat sheet. “But I would have liked her to come back for the reunion, let her have her say and walk away with her head held high and then make the decision. That was my hope. As you can imagine, she was talked about a lot and the reunion was excellent despite her absence. I will say that.”