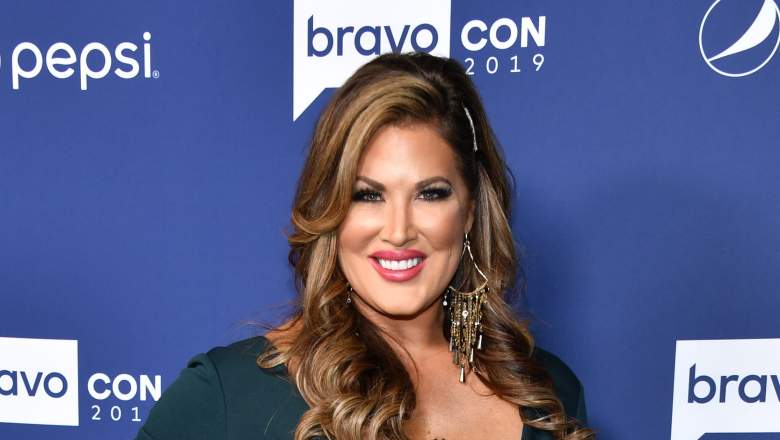 “Real Housewives of Orange County” star Emily Simpson, who is an attorney, shared her thoughts about Noella Bergener during a January 2022 interview with Us Weekly.

As fans are aware, Noella joined the cast of “Real Housewives of Orange County” during its sixteenth season, which premiered on December 1, 2021. One of the model’s main storylines on the hit Bravo series is navigating her and her estranged husband, James Bergener’s separation. People magazine reported that the mother-of-two gave an update about her divorce proceedings and claimed that her former partner “still has not finalized [their] agreement,” during a January 2022 appearance on “Watch What Happens Live with Andy Cohen.” The publication noted, however, that James asserted “[a] judge in Puerto Rico, where [he is] a resident, has already been granted [their] divorce” in a December 2021 statement.

While speaking to Us Weekly in January 2022, Simpson commented on Noella’s divorce. She explained that she initially believed her cast mate’s account of her separation.

“[James is] not on the show, he’s not giving his point of view, so the only thing I have to go by is what she’s telling me. And of course, I want to support her and be a friend to her,” stated the 45-year-old.

She then suggested that she now has questions for Noella regarding her separation, stating,

Us Weekly also noted that Noella informed the publication in early January 2022 that James had “cut off [her] credit cards,” causing her and their 2-year-old child, James, to be “squatting in [their] 10,000 square foot mansion.” The publication reported that James refuted the accusations and asserted that the home “was only leased for the filming of the ‘RHOC’ and leased through November 2021.”

“I met all my legal obligations through the end of the lease,” James shared in a January 2022 statement.

While speaking to Us Weekly, Simpson shared that according to the legal documents she has accessed, Noella’s “lease was up.”

“I don’t know what their financial arrangement was — maybe he was only financially obligated to pay the length of their lease and then that was it. So, I don’t know. If she’s illegally squatting there, then she should find somewhere else to live. Maybe not a mansion,” asserted the lawyer.

Simpson then clarified that she is not siding with either Noella or James.

“With the whole divorce, I think that there’s her side and his side, and then I think that there’s the truth somewhere that lies in the middle. And maybe even with what she considers her truth is maybe just a little convoluted or just because when you’re living it and you’re feeling it, you know, you always think you’re right,” stated the reality television star.

Former “RHOC” star Tamra Judge shared some insight about Noella’s relationship with James during a December 2021 episode of her podcast, “Two Ts in a Pod,” co-hosted by Teddi Mellencamp Arroyave. Judge claimed that Noella’s “split up actually happened right before they were filming” the show’s sixteenth season.

“I heard that [James] did not want to film [‘RHOC]’]. They were living in Puerto Rico, he didn’t just buy the house, they were living there for a while because there were pictures and videos of them there. I was even invited to that house,” stated Judge.

The 54-year-old went on to say that James took issue with Noella’s decision to join the “RHOC” cast.

“She got hired and I heard he said, ‘This is not going to be good. There’s too many issues, it’s not going to be good for my career.’ And then she went back to Newport Beach, where they were renting a house, now they own the house in Puerto Rico and they are renting the house for her to film in, she decided to go back to Newport Beach and film the show,” stated judge.

READ NEXT: Fans Slam Mary Cosby for Trying to Look Like Beyoncé