Did Thomas Jacobs just hint about proposing to Becca Kufrin? 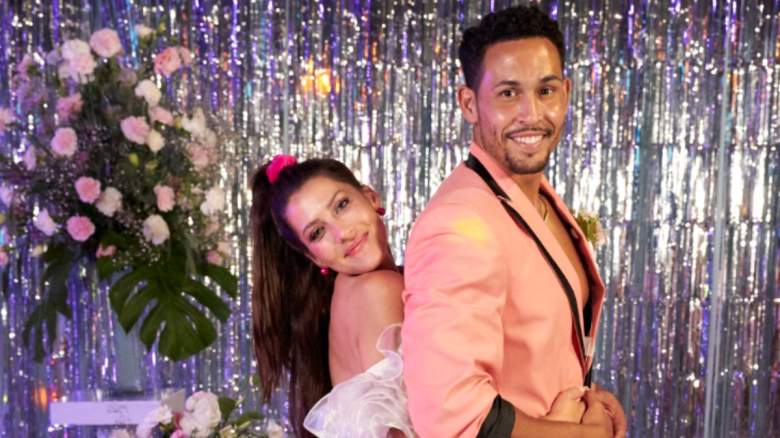 Thomas Jacobs and Becca Kufrin met on Bachelor in Paradise in the summer of 2021 but didn’t leave Mexico engaged. Instead, Becca broke up with Thomas before the finale, and they both left the beach single.

However, after returning home and settling back into their normal lives, the two got back together and decided to give their relationship a chance in the real world. So far, things are going well for the couple, who have spent the holidays together and try to see each other as often as possible.

Thomas and Becca are not currently living together as Becca owns a home in Los Angeles and Thomas lives about two hours away in San Diego. However, Thomas commented on an Instagram post uploaded by Becca on Jan. 14, 2022, and fans are debating whether or not an engagement is on the cards.

Becca took to Instagram to ask her followers about her plans for the weekend. “TGIF! How is everyone this weekend?” She snapped a selfie. Thomas was quick to respond and took to the comments section to tease a “surprise.”

“Trips to the mall, trips to the park, workouts with boops, biking on the beach, dinner with a private chef, and maybe a special surprise. It’ll be fine,” Thomas wrote, adding the kissy face emoji.

The back-and-forth sparked a Reddit thread with fans wondering if Thomas’ surprise included a ring — of the diamond variety.

“Potential engagement to Thecca coming soon – or are we being trolled?” read the thread title. Interestingly, most fans thought the surprise will be something else.

“I have a feeling they’ll get another puppy or move in together before announcing an engagement, but [just] my opinion,” one person commented.

“If they do get engaged I doubt they would bring it up before it happens,” added another.

“I doubt it, but [it’s] still cute. Thomas really tries so hard and it’s nice to see that. [I’m] reservedly jealous that they are still on their honeymoon phase,” read a third comment.

“I really hate it when someone posts things like that on social media. When in love, stick to text messages and real-life conversations. You don’t have to keep posting about it on social media,” read another comment.

However, the Reddit thread largely morphed into fans commenting on Becca and Thomas’ relationship overall, with the vast majority hoping it works out.

“I thought 100% that this was a fake romance for the show. I stand corrected. I hope they work,” wrote one Redditor.

“…I kinda love her. Thomas is so good to her, she deserves it,” added another.

“I think their engagement will be around their 1 year anniversary this summer. However, Thecca has my heart. I love these two,” commented a third person.

CONTINUE READING: Becca Kufrin gives a big update on the status of her relationship with Thomas Jacobs