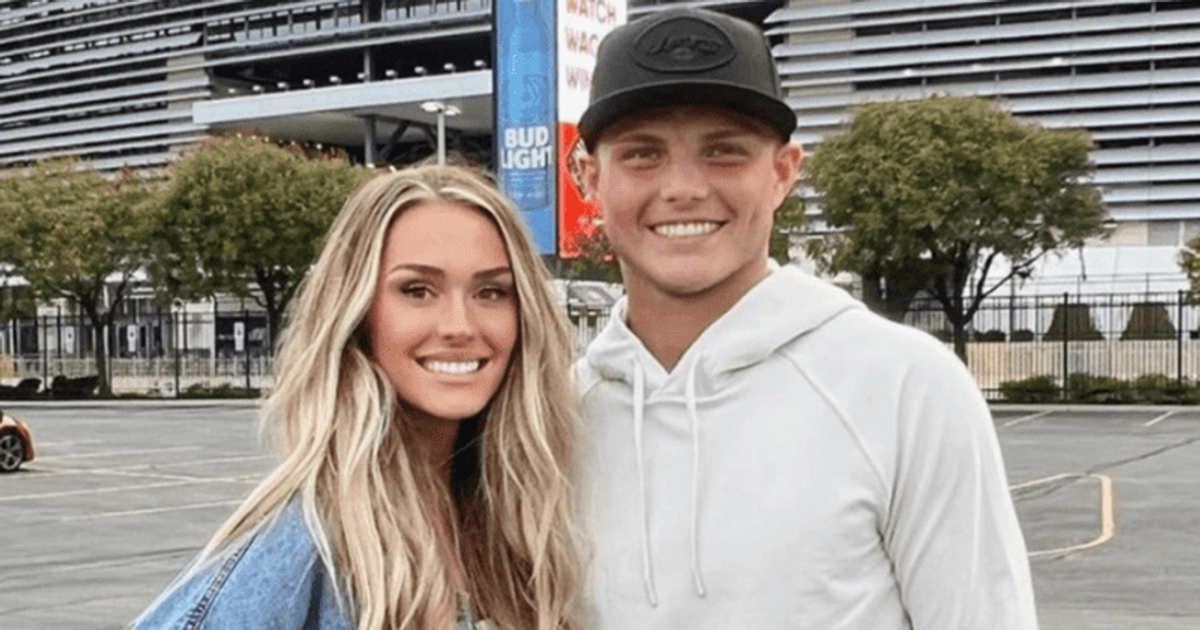 Slowly but surely, Jets quarterback Zach Wilson and his longtime girlfriend Abbey Gile have been scrubbing each other’s Instagram feeds. Wilson was reportedly finishing his year as a rookie. In a post he shared on Instagram in November 2021, he and girlfriend Gile enjoyed a date night alongside Jets team members Nick Bawden and Quinnen Williams and their partners on a group date. This photo is no longer in his feed.

Gile, on the other hand, deleted a picture showing the two outside MetLife Stadium in October 2021 when Wilson scored his first Jets win. However, as of Thursday, they are still following each other on Instagram.

Wilson and Gile have been linked since they were teenagers. Pictures that have surfaced online showed Gile joining the Wilsons in Cleveland last April during the 2021 NFL Draft. Here Wilson was selected as second overall. At the time, girlfriend Gile said, “I still can’t get this moment in my head. I feel so blessed to have been a part of his journey since high school.” Super proud of her boyfriend Wilson, she added, “Zach worked so hard to be here and he made his dream a reality .”

Towards the end of 2021, Gile attended the Jets-Dolphins showdown in Miami, where she was spotted wearing a #2 necklace. If you’re wondering what’s so special about this number, it’s her Beau Wilson’s number!

In 13 games, this 22-year-old quarterback finished his first NFL season with 11 interceptions, nine touchdowns and for 2,300 yards. He shared via a post on Instagram on Monday. “We may not be happy with where we ended up in the standings, but I’m proud of this group of guys fighting for every single snap week in and week out. We can build on that, and that’s what we intend to do. A few days off and then back to the lab. #GoJets” is the caption he wrote. 4-13 is where the Jets finished this season.

Neither couple has said anything about ending their relationship and there has been no official confirmation that they are splitting up as of yet, despite rumors of their split.