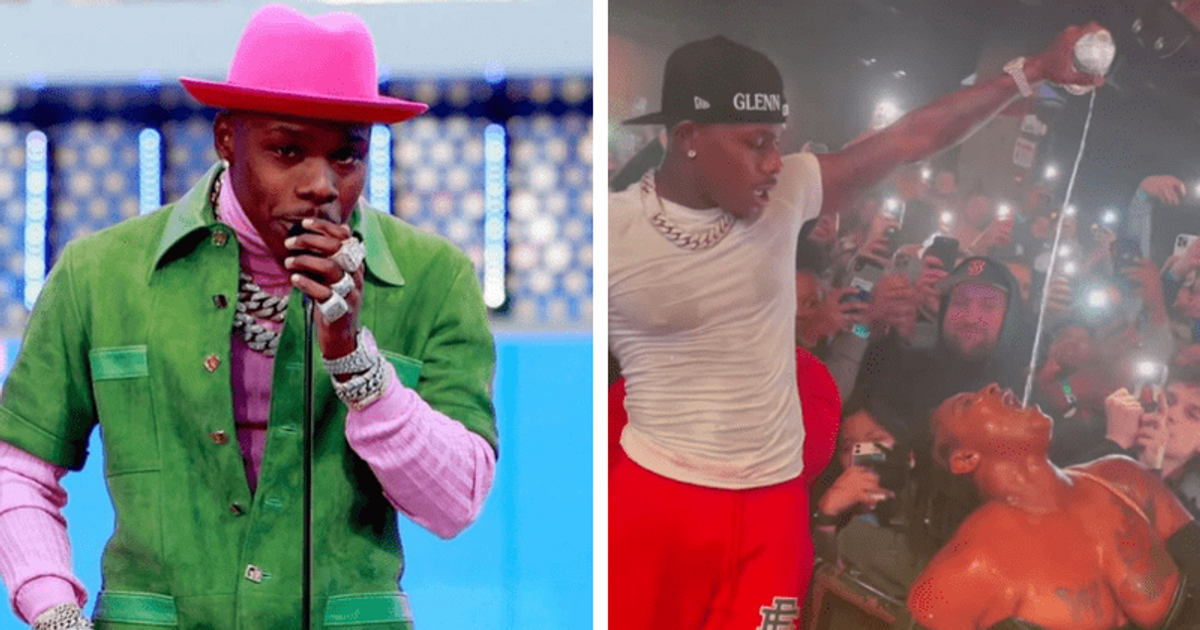 DaBaby recently took the time to shower a thirsty female fan with water during his live concert in Boston. The concert ended wildly when the hip-hop star asked if any of the ladies in the crowd were thirsty.

In a video circulating on social media, the female fan appears to enjoy as the 30-year-old pours water into her mouth. The hip-hop star, who was rapping during the stunt, ended up tossing the water bottle at the camera.

DaBaby deletes apology for his homophobic tirade, Internet says ‘it wasn’t from the heart anyway’

After watching the video, Twitter users had mixed reactions. A Twitter user praised the female fan’s water drinking skills, saying, “You all that girl that made DaBaby mouth water was freaking good. Your breathing doesn’t change at all. Ability is ability!” Another user wrote, “DaBaby finds his first viral moment in 2022 through a ‘thirsty’ fan and bottled water. One user wrote, “Wonder what this girl gets from DaBaby drenching her in water,” while another wrote, “That was she trying to catch the water…bet Dababy tried to catch her after the show.” to find.”

This wild incident comes a month after DaBaby, real name Jonathan Lyndale Kirk, had water bottles thrown at him during his appearance at Rolling Loud California. The Ohio native simply ignored the troublemakers and continued rapping the lyrics. In July 2021, someone threw a shoe at him, prompting the rapper to stop performing and yell, “Who the fuck threw that motherf**king that blew up a goddamn Adidas?”

This shoe-throwing incident came after DaBaby made insensitive comments about HIV/AIDS along with a homophobic tirade. This controversy resulted in his removal from several events including Austin City Limits, iHeartRadio, Lollapalooza and the UK’s Parklife festivals.

DaBaby was the first Charlotte rapper to garner mainstream attention since his debut in 2019 and is one of the biggest rappers of the moment. That same year, he made a memorable appearance at the BET Awards. The hip-hop star was embroiled in controversy before he became famous when he killed a man in self-defense at a Charlotte Walmart.