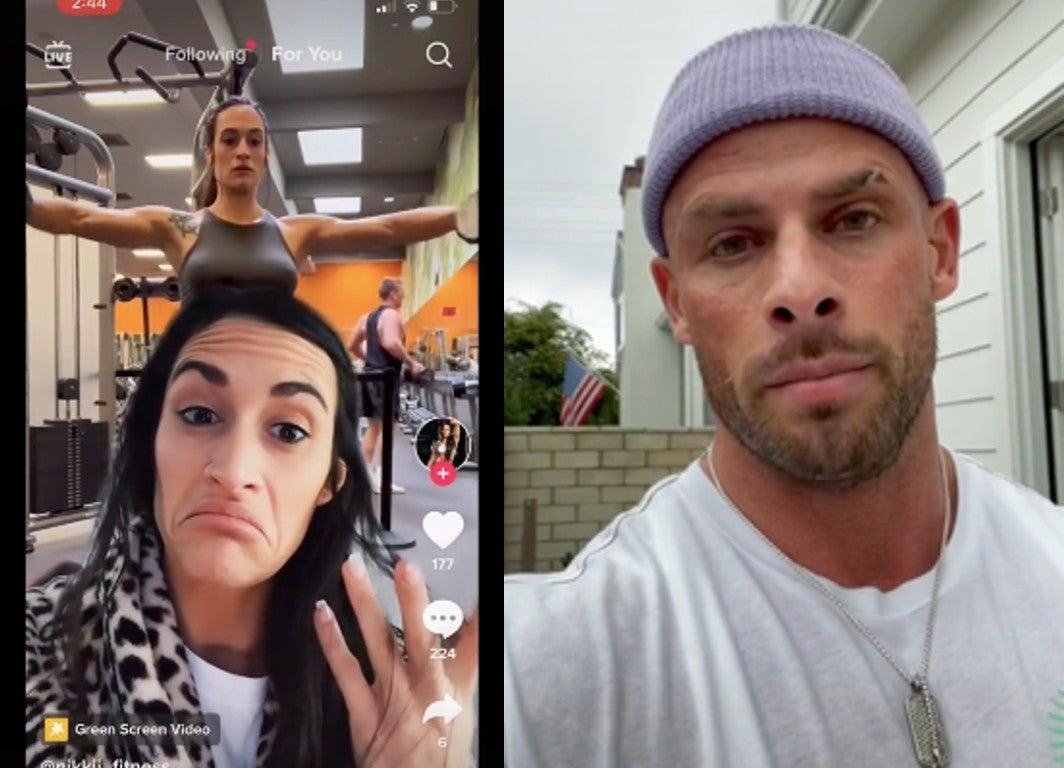 TikTok bodybuilder and trainer Joey Swoll (@thejoeyswoll) posted a clip from TikTok of a woman pointing out a man in the background of one of her videos.

A bodybuilder has gone viral after criticizing a woman who made fun of another gym-goer’s workout routine.

The man user @nikkii_fitness was referring to lifted dumbbells behind her.

In a video that has since gone viral and has been viewed over 12.6 million times, Joey called the woman and explained that the man was doing a legitimate weightlifting exercise.

He explained: “He trains biceps. He does what is called a drag curl. Well, granted, most people do them with a barbell – he does them with dumbbells, so maybe it looks a little weird, a little awkward.”

Joey went on to explain how the movement works on the biceps and explained that bodybuilder Charles Glass, who he claims is “one of the best around,” is a big proponent of this particular exercise.

But he went on to say that this man was best at minding his own business.

Joey continued, “But the most important thing he does and works is minding his own business [sic].

“The fact that people in the gym make videos of other people to make fun of them blows my mind. Be better than that.”

This is hardly the first gym story to go viral on TikTok in the past few days. Earlier this week, a woman became a big topic of conversation after she thanked a man for not staring at her while she squatted right in front of him.

Who is Jamie Lynn Spears and explains her feud with Britney

Who is Jamie Lynn Spears and explains her feud with Britney