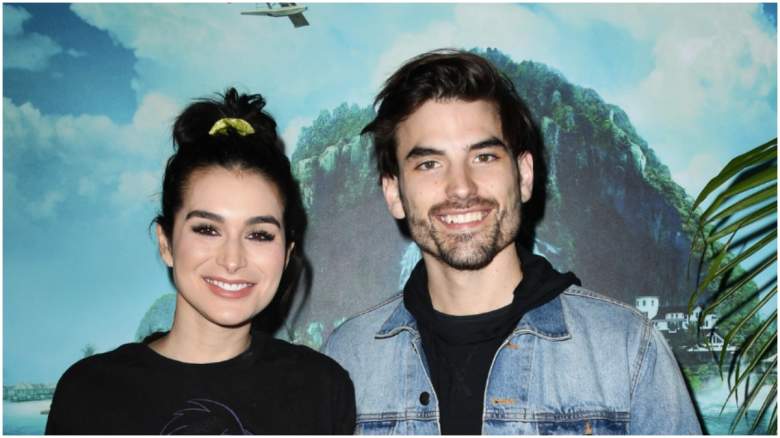 Ashley Iaconetti and Jared Haibon are moving. The ‘Bachelor in Paradise’ fan-favorites are expecting their first child in February 2022, but ahead of the big event, they’ve decided to explore new digs in Rhode Island.

Jared, who is from Rhode Island, had always made it clear that he wanted to live in his home state, as opposed to California, where many Bachelor Nation couples reside.

“I miss my home. I miss my family,” he told Bachelor Nation’s website in March 2020. “I miss the routine of things. I miss the convenience of things. There’s a different dynamic to being on the West Coast than there is at the Eastcoast.”

The couple, who wed in 2019, have been talking about buying a home in Rhode Island for more than a year and now their dream has come true amid several other life changes.

According to Realtor.com, Ashley and Jared had a new home built in West Greenwich, Rhode Island. The new build residence was listed at $624,999, but when the couple closed the home in December 2021, they paid $620,250.

The three bedroom, two bathroom home is 2,125 square feet and has a farmhouse style exterior with a lanai. The outlet noted that the open floor plan includes a gourmet kitchen with stone countertops and a large kitchen island. The upper level includes a master suite with a spa-style bathroom.

In November 2021, Iaconetti told Heavy that she hasn’t started planning her baby’s nursery just yet because she’s waiting until she and Jared close their new house.

“I hope my mom can come to Rhode Island and help me decorate the nursery and the whole house, ”she added.

The Haibons are definitely about to change. In December 2021 they opened Audrey’s Coffeehouse & Lounge. The Rhode Island-based restaurant bills itself as a coffee house by day and a wine bar by night. The reality TV couple hadn’t planned on starting a new business so close to their baby’s birth — or their move — but Audrey’s September opening was delayed by several months, according to The Boston Globe.

While Ashley and Jared await the arrival of their baby boy, they won’t be living together in their new home right away. In an Instagram post, Ashley explained, “Although Jared and I live in Rhode Island, I will be spending the next two months in Virginia at my parents’ house. I decided before I got pregnant that I wanted to give birth to our first child in the hospital where my father has been an anesthesiologist for the past 28 years.”

The mother-to-be added that she is most comfortable with this plan, especially since her husband works long shifts in her new coffee lounge.

“Jared has to be in Rhode Island for most of this month running the store,” she added. “I miss him so much but he’ll fly down every week or so. Even if I lived in RI, he would still have to work 12 hours a day. Big transitions here!”