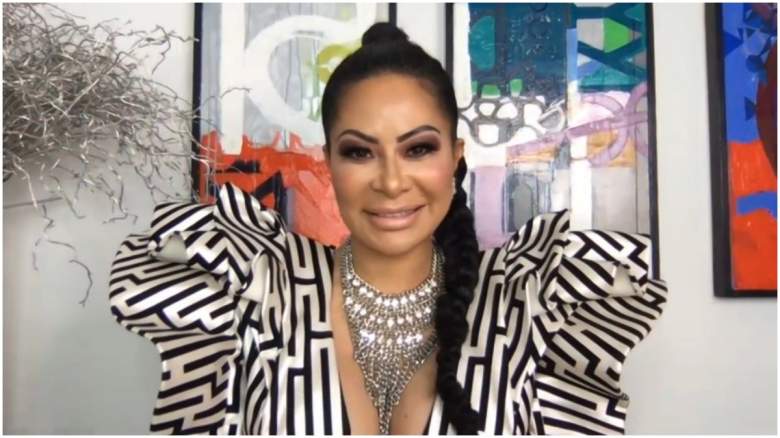 Bravo unveiled the Real Housewives of Salt Lake City dress that star Jen Shah wore for the Season 2 reunion, and fans are tearing her to shreds over it.

RHOSLC is still on the air, but the crew (minus Mary Cosby) have already filmed the highly anticipated reunion show. The network released a teaser of the women’s outfits on January 13, 2022, and fans had a big day with what Jen wore.

Bravo captioned the photo of Jen and castmate Lisa Barlow, “Women Are Pretty in Purple for #RHOSLC Reunion,” unfortunately fans didn’t quite agree.

“The brief said purple wasn’t ugly,” another fan wrote alongside the pics. “Yikes the dress is a oh no,” wrote another fan.

“These dresses remind me of my proms in the 90’s,” one fan wrote. “Jen Shah – do you have a full length mirror? Top heavy with a big face – why oh why does she always wear ‘top heavy’ clothes?!” commented another fan.

“I don’t like this cast fashion. It hurts my eyes,” commented another fan.

“There’s Maleficent/Ursula,” another fan wrote. “Sorry, but Jen looks like that ventriloquist dummy from Dinner for Schmucks,” commented another.

“Who did this to Jen?! It looks like Elton John’s chandelier. They won the worst housewife reunion outfits,” wrote one fan.

“Hell is this; One looks like a Muppets cast and the other looks like she bought them at the ’80s Merry Go Round store,” joked one fan.

Many fans commented on the feathers in Jen’s outfit.

“Leave those poor bird feathers alone,” one fan wrote. “What’s with that cast and feathers? lol.”

“Jen will need these feathers when she flies to her jail cell,” joked another fan. “Jen looks messed up like her life,” wrote another.

“Jen Shah looks like a cockatoo,” wrote another fan.

Jen Shah was arrested and charged with her involvement in a telemarketing scheme while filming the second season of RHOSLC.

In November 2020, she explained her career to Access Hollywood’s “Housewives Nightcap.”

“People will come to me and I will invest in their companies, so we have a lot of different investments, all kinds of things. I was able to do it because I managed to carve out a niche in the direct response marketing world.”

She is currently awaiting trial, and the trial is expected to begin in March 2022.

“Jennifer Shah, who portrays herself on ‘Reality’ television as a wealthy and successful businesswoman, and Stuart Smith, portrayed as Shah’s ‘first assistant,’ have allegedly created ‘lead lists’ of innocent people for other members of their scheme and have repeatedly sold out cheating,” Manhattan U.S. Attorney Audrey Strauss said in a Us Weekly press release. “In reality, and as claimed, the so-called business opportunities foisted on the victims by Shah, Smith and their co-conspirators were just fraudulent schemes motivated by greed to steal the victims’ money. Now these defendants face jail time for their alleged crimes.”

CONTINUE READING: A RHOSLC star dropped out of the Season 2 reunion