Amber Portwood gives an update on her relationship with her daughter 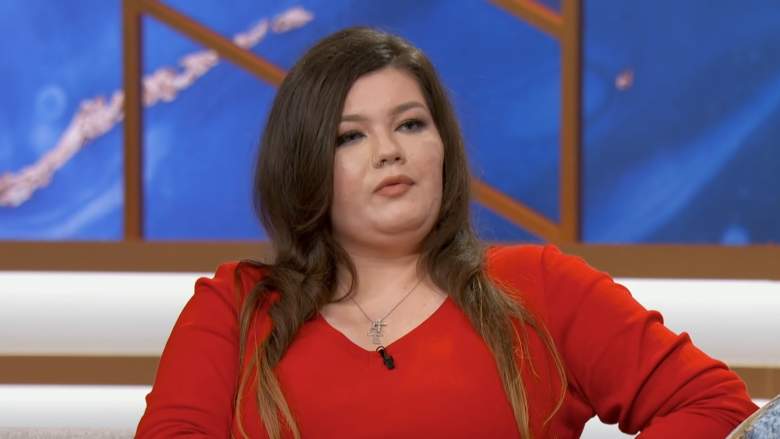 Amber gave birth to Leah in 2008 with then-boyfriend Gary Shirley. Her pregnancy was documented on the MTV show 16 and Pregnant. Amber and Leah have had a complicated relationship over the years due to Amber’s addiction issues and legal issues. Teen Mom viewers have seen Amber try to rebuild her relationship with her daughter on the show.

In an exclusive interview with Us Weekly in January 2022, Amber revealed that she and Leah are in a good place. “[Our visits are] it’s actually doing a lot better,” she told the outlet. “I can’t speak for Leah but when we’re together now it’s day and night. It’s just beautiful.”

Amber’s ex Gary Shirley has primary custody of Leah but Amber is allowed to visit her. The “Teen Mom” ​​star has been open about the struggles of co-parenting and how it’s affecting her relationship with her children.

On a September 2021 episode of “Teen Mom OG,” Amber revealed that her relationship with Leah was in a “strange” place.

“I feel like I’m never going to win,” Amber said in the episode. “I wanted us to have an amazing co-parenting family that I thought we had until it got weird.” Amber went on to say that she felt like Leah had turned against her.

Since then, the mother-daughter duo has slowly been rebuilding their relationship. Amber told Page Six in November 2021 that she feels Leah has every right to be mad at her given her past behavior.

“I think she has every right to be mad at me about a lot of things … I made her feel her feelings and I understand that,” she told the outlet.

Amber and Leah’s relationship soured after Amber said some not-so-nice things about her ex Gary Shirley and his wife Kristina on social media. In a Season 9 episode of “Teen Mom OG,” Leah said she didn’t like her mom talking about her dad like that and asked that Amber not be invited to her birthday party, Distractify reported.

“We don’t really have that bond,” Leah told her father, Gary, in the episode. “Twelve years and she hasn’t really done anything. It was like Kristina’s place.”

Since then, Amber and Leah have reconnected and worked on their relationship.
“It’s really worked and it’s going really well,” Amber told Us Weekly in January 2022. “So I’m happy with what’s going on and I’m not going to push the issue. It’s kind of a beautiful thing.”

Amber recently teased the release of her new book, So Are You Crazy Too? in a January 2022 Instagram post. The MTV star shared a picture of the cover along with an overview, which describes the book as “an in-depth look at the ‘Teen Mom’ star, Amber Portwood’s long history of dealing with multiple mental illnesses and how she survived insurmountable adversity and intolerable public scrutiny to become the strong, confident woman she is today.”

Teen Mom fans commented on the post to express their excitement. One Instagram user wrote, “Pre-order can’t wait.” Another user commented, “Can’t wait to read it!!! You are one of the strongest women I have ever seen. Life will work in your favor Amber!!!”